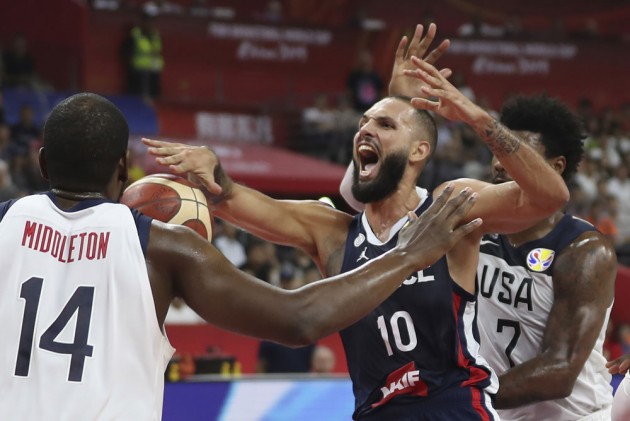 Defending champions USA lost their first game in the tournament since 2006 as their star-studded line-up failed to deliver and France advanced to the last four.

Gobert was the main man for France, with the Utah Jazz center netting 21 points and amassing 16 rebounds, along with two assists, while making a superb block with just under a minute to play.

Only two other Americans scored in double figures as Marcus Smart and Kemba Walker finished with 11 and 10 points respectively.

Both teams had similar shooting numbers, but France dominated on the boards and won the rebound battle 44-28, while also shooting 17 more free throws.

.@FRABasketball  pick up a historic win behind a dominant performance from @rudygobert27 and are heading to the #FIBAWC Semi-Finals!  #USAFRApic.twitter.com/Psem2RxqKg

Team USA will play Serbia on Thursday for the right to play in the fifth-place game, while France will prepare to face Argentina in the semi-finals on Friday.

The defeat means the USA will finish without a medal in the World Cup for just the second time in the last 10 editions of the tournament, and the first time since 2002.