In the semi-finals of the FIBA Basketball World Cup 2019, Spain went to double overtime to beat Australia while Argentina dominated France to set up Sunday's final in Beijing 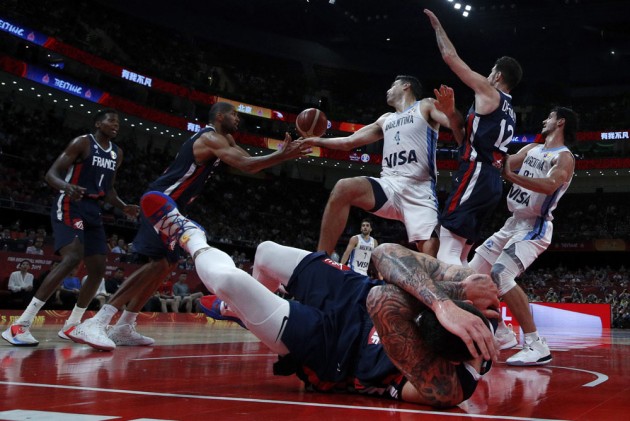 Argentina, looking to win their first FIBA World Cup since the inaugural edition in 1950, will contest the final on Sunday against a Spain side that needed double overtime to progress from the last four. (More Sports News)

Spain advanced to the title game with a pulsating 95-88 victory over Australia, erasing a double-digit deficit in regulation to hand the stunned Boomers their first loss of the tournament.

Mills poured in 32 points and Nic Kay came off the bench to score 16 points and grab 11 rebounds for the Boomers.

Gasol, who won an NBA title with the Toronto Raptors in June, has a chance become only the second person to add a World Cup crown to an NBA championship in the same year.

Lamar Odom did the double in 2010 with United States and the Los Angeles Lakers. After the Lakers bested the Boston Celtics in seven games that year, Odom stood atop the podium three months later in Istanbul with his USA team-mates hoisting the Naismith Trophy.

"I just cherish every moment for what it is. I don't try to double up. I want to give the maximum for every occasion. It is two completely different situations. I'm going to give my best to win a World Cup for Spain," Gasol told FIBA basketball.

Argentina, having stunned Serbia in the quarter-finals, continued their incredible run in China with an 80-66 victory against France in Friday's other semi-final, with seemingly ageless Luis Scola, 39, and Facundo Campazzo leading the way. Argentina last played in the final in 2002, coming up short against Yugoslavia.

"They were just the better team tonight," France's Rudy Gobert said. "From the first to the last minute, they were more aggressive and played more as a team... It was complete domination."

Spain have a chance to join the United States, Yugoslavia, the Soviet Union and Brazil as only the fifth country to win multiple FIBA World Cup trophies.