Arsene Wenger has proposed radical alterations to the international calendar, and Gianni Infantino insists FIFA must be open to any changes. 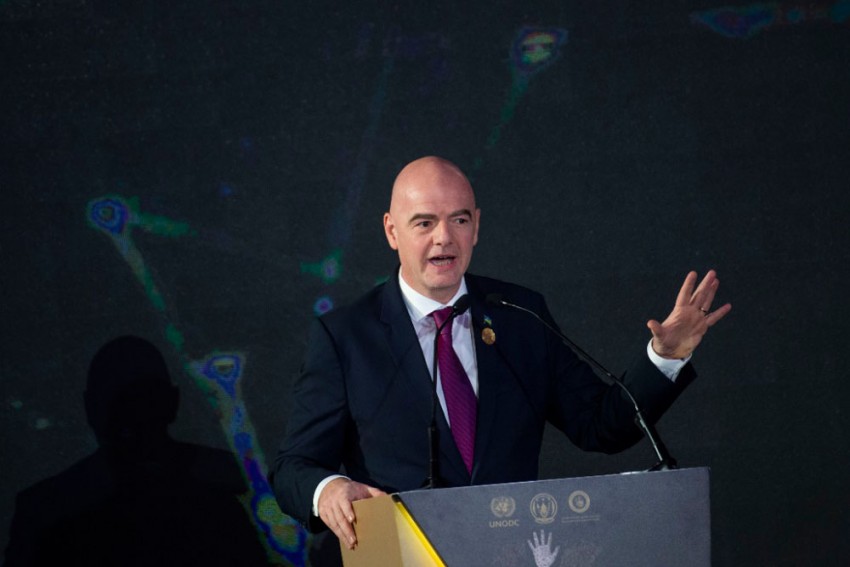 Speaking on beIN SPORTS this week, former Arsenal manager Wenger claimed more focus had to be put on FIFA's flagship competitions, including the World Cup.

The Frenchman is currently serving as FIFA's chief of global football development.

Wenger put forward a plan to host major tournaments such as the World Cup and European Championship every two years, to give more players the opportunity to play at these events during their prime years.

Such changes would mean major alterations to the calendar, but Infantino insists FIFA will rule nothing out, and decisions could be taken within the next 12 months.

"We need to be open to everyone, to everything, to every proposal, every idea," said the FIFA president.

"Arsene Wenger is not only a successful and brilliant manager, he is a professor of football but besides that we have, of course, our bodies and we will debate and discuss the calendar, starting now, because we need to come to a decision in the next few months, the sooner the better, by the end of the year or in the course of next year, for everyone to be able to plan."

How does it feel to become a #WorldCup winner? Two men can tell you with one image

The international schedule is not the only item up for debate, with Infantino also interested in a possible merger of North America's leading leagues – Major League Soccer (MLS) and Liga MX.

MLS commissioner Don Garber commented in December that a merger was "a long way away", while FIFA has previously ruled out leagues spread across regions or continents, rather than individual countries.

However, Infantino seemingly sees things differently, as he stressed the need for other areas of the globe to challenge the quality on show in Europe.

"I think the potential in the United States and Mexico is enormous, each country by itself," he said.

"But of course if you could bring those two together that would be incredible and that could quite well be the best league in the world.

"Any discussion about organising such a competition, of course respecting the rules of member associations and FIFA and with the agreement of all stakeholders, any discussion in that respect is interesting and we see that in a positive light.

"Of course if we want club teams to be at the highest level around the world and not just in Europe, we need to have new ideas.