A World Cupper, Olympian and former captain, the goalkeeper has had 99 caps for the Super Falcons -- with two African Women's Championship titles under her belt and will train the Indian custodians ahead of the mega-event 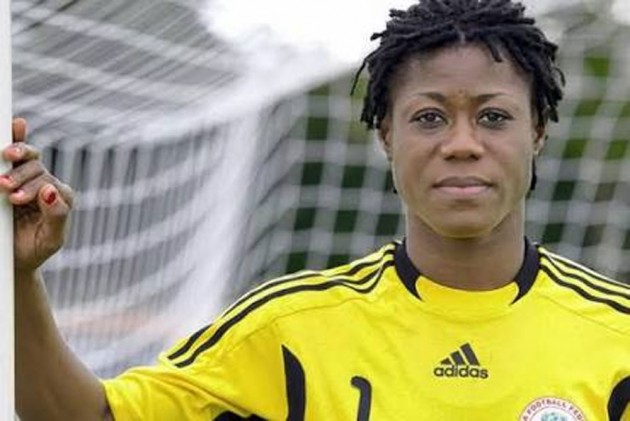 Nigerian great Precious Dede will help prepare the Indian goalkeepers for the FIFA U-17 Women's World Cup which the country will host in November. (More Football News)

A World Cupper, Olympian and former captain, the goalkeeper has had 99 caps for the Super Falcons -- with two African Women's Championship titles under her belt and will train the Indian custodians ahead of the mega-event.

"In Nigeria, they see me as a role model and refer to me as 'mother' or 'mama'. When I was playing, my colleagues had a lot of respect for me and now, seeing me as a coach, they transferred that respect to me and made the work easy," she mentioned.

"I was 20 years old and it wasn't easy then because I was still very young to be in the senior team. The coach I had then gave me lots of motivation and encouragement, and made me believe in myself," she recounted.

Dede's resume is something that the young Indian goalkeepers can certainly draw a lot of inspiration from and off the pitch, her leadership qualities will prove to be vital for the development of her wards.

She started off as the goalkeeping coach for the senior women's national team and then moved to the U-20 side, before taking up the assignment in India.

Dede broke into the Nigeria senior women's team in 2000 and established herself quickly, enjoying a 15-year-long spell as the undisputed number one.

She made her World Cup debut in 2003 and featured in a game against hosts USA -- a match that ended in a heavy defeat for the Nigerians.

She said, "I kept my first World Cup in 2003 and it was a tough set of games. However, my most memorable moment was against the USA in the third game. Even though we lost 5-0, I was the most valuable player in that game.

"My first World Cup outing wasn't easy. Playing in front of that big crowd seemed too much to take in. However, after the first experience, I came out very motivated and bold for the next one," she continued.

With time, Dede learned how to enjoy playing on the big stage and said that it motivated her to bring out her best game.

She said, "By the time the World Cup in 2015 came along, it was like I was always eager to play. I loved playing the big tournaments -- the World Cup and the Olympics. I loved being there and seeing the crowd cheering me on, watching me doing my best and doing what I love the most."