In a loss to Australia in the ongoing FIFA Women's World Cup, Brazil's Marta equaled German Miroslav Klose's record of 16 WC goals. Also, she became the first player (male or female) to have scored in six five different editions of the global showpiece event. 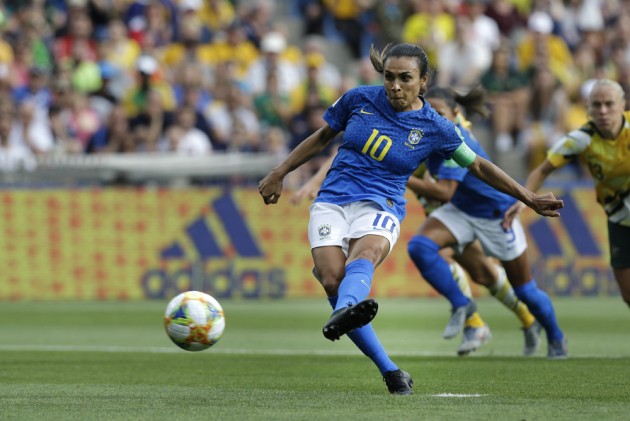 Brazil forward Marta is a true football legend, and has amazed fans with her poacher-like skills and immense work ethic over the years! Now, in the ongoing FIFA Women's World Cup, the 33-year-old has equalled Miroslav Klose's WC goalscoring record of 16 golazos.

Q: Who is the first player to score in five different #FIFAWWC editions?

Also, she is the first player (male or female) to have scored in six five different editions of the global showpiece event. Klose's record was attained in four editions. She has also played fewer games than the German maestro!

She reached the two milestones in a loss to Australia, 3-2, in Brazil's Group C fixture, although Brazil still have top spot.

Also, the Alagoas native has one more WC goal than Ronaldo, and four more than none other Pele.