The result meant little with both Kenya and Rwanda are already eliminated from contention for the FIFA World Cup 2022 in Qatar. Mali won Group E to progress to Africa's final World Cup playoffs in March. 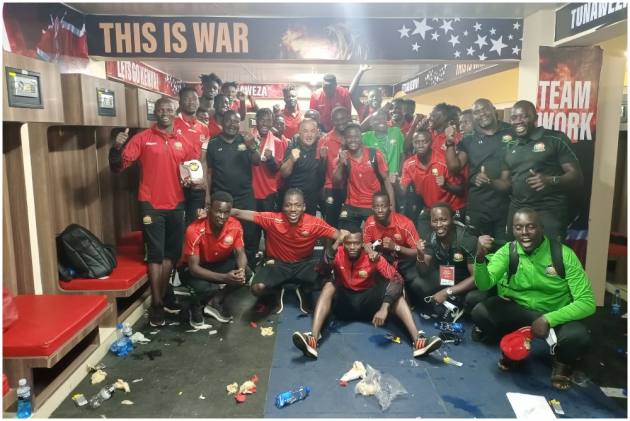 Kenya won their final match of the FIFA World Cup 2022 Qualifiers game to provide a moment of relief from the crisis engulfing their national football federation. (More Football News)

Michael Olunga volleyed Kenya ahead in the third minute on the way to beat Rwanda 2-1. Richard Odada added the second from the penalty spot and Kenya were 2-0 up inside 15 minutes in Nairobi on Monday.

Olivier Niyonzima met a free kick with a side-foot volley for Rwanda's goal, just their second goal in six games in the group stage of the FIFA World Cup 2022 Qualifiers.

The result meant little with both teams already eliminated from contention for the FIFA World Cup 2022 in Qatar. Mali won Group E to progress to Africa's final World Cup playoffs in March.

Just a few hours before the Kenya-Rwanda qualifier and just a short distance away in Nairobi, Kenya Football Federation president Nick Mwendwa appeared in court after being arrested on suspicion of corruption and questioned by police over how the federation spent more than $6 million given to it by the government.

Prosecutors want Mwendwa detained for 14 days for more questioning, and also to give police a chance to gather documents. Mwendwa was granted bail ahead of another court appearance on Wednesday when a judge will decide whether to put him back in jail for interrogation.

Mwendwa was arrested at a hotel on Friday while visiting the national team, and a day after the government disbanded the national federation and replaced its leadership with a temporary committee. Kenya's sports minister said authorities needed to investigate the federation for corruption.

The move to disband the federation puts Kenya at risk of a ban from international soccer. FIFA doesn't allow governments to interfere in the running of soccer federations and urged Kenyan authorities to reinstate Mwendwa and other officials. That appears unlikely now, with Mwendwa's bail conditions barring him from contacting federation staff or accessing its offices.

Kenya-Rwanda was one of four matches in the FIFA World Cup 2022 Qualifiers in Africa on Monday, none of which had any bearing on who will progress to the decisive 10-team playoffs. In the other games, Togo won in Namibia 1-0, Niger beat Djibouti 7-2 and Guinea-Bissau drew with Sudan 0-0. All those teams had already been eliminated.

Mali, Egypt, Ghana, Senegal, Morocco and Congo have qualified for the playoffs by winning their groups. African champion Algeria, Tunisia and Nigeria are all seeking to join them on the final day of group games on Tuesday. West African rivals Ivory Coast and Cameroon will meet in a winner-take-all game in their group.

The five winners of the playoff games in March will qualify for the World Cup.

South Africa said on Monday it will make a formal complaint and appeal to both the Confederation of African Football and FIFA after its 1-0 loss in Ghana on Sunday.

Ghana's victory saw it clinch the playoff place in Group G at the expense of South Africa. The game, and maybe a World Cup place, was decided by a penalty that was hotly disputed by the South Africans, who also complained about other decisions by Senegalese referee Maguette N'Diaye that went against them.

South African Football Association CEO Tebogo Motlanthe said they will ask CAF and FIFA to investigate “the conduct” of N'Diaye and the other match officials.