Recent reports stated that FIFA asked I-League clubs (though a letter) to co-operate with AIFF for a solution in the ongoing chaos in Indian football. But now Minerva Punjab owner Ranjit Bajaj has revealed that the letter is unofficial and is written by someone who hasn't consulted the other members of world football's apex body 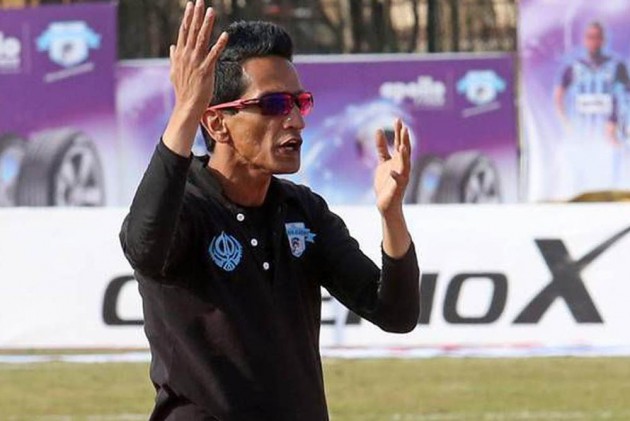 In a sensational statement, Minerva Punjab owner Ranjit Bajaj claimed that FIFA's directive to I-League clubs to co-operate with All India Football Federation (AIFF) to resolve the ongoing chaos in Indian football is not genuine.

After the letter took social media by storm, Bajaj took to Twitter to reveal that the club hasn't received it yet although it is addressed to them. Meanwhile, even FIFA Ethics and Regulations Watch (FERW) has asked the world football's apex body to intervene and take the situation under control.

ALSO READ: How Long A Rope Will FIFA Give To India's Defiant Football Chiefs?

Eventually, FIFA wrote to AIFF urging the Indian football federation to follow recommendations of a joint FIFA-AFC report, which took place in 2018, regarding "the future of the top league's structure in India". The world body also sought an update, to which AIFF's top brass repeatedly told the media that following many of those recommendations is not possible due to the Master Rights Agreement with FSDL, which states that ISL needs to be India's top-tier without any promotion-relegation system. An absence of a promotion-relegation system violates FIFA's constitution.

Speaking to Outlook, Bajaj said, "This is something very fishy. What AIFF have done is; they have asked someone they know to write an unofficial letter, without informing other within FIFA, because what FIFA had written to us on July 25, is completely different to what is mentioned in this letter."

Letter from @FIFAcom addressed to @minervapunjabfc but we still haven’t received it / this is a copy I picked up from the media & have sent a reply asking them if they did write & if they did do they really want us to violate constitution of Fifa? Is that their official Reply? pic.twitter.com/YXZKoejUNe

"The letter is addressed to me and Minerva Punjab, but I haven't received it yet," he further added.

The letter was written by FIFA's acting deputy secretary-general Mattias Grafstrom. It is also worth mentioning that Patel is a FIFA Council Member.

The letter which was circulated by the media earlier, urged I-League clubs to co-operate with Patel for a "short-term solution until a more sustainable long-term solution" is found. The letter stated that the FIFA-AFC report is just a source of recommendation, and is not compulsory for AIFF to implement.

Bajaj also revealed that it was only after he took to social media to reveal that he hasn't received the letter yet, FERW (an independent organisation) took notice of it. The Minerva owner also revealed that he would be taking the current issue to court within a week.

"The MRA is illegal. We will take it to court within a week. If the court shuts down ISL, then all teams have to come to I-League. Why should a league's entry be based on your money and not merit," quipped Bajaj.

"Our objective here is the need of a pan-Indian football league," added the Minerva owner.

AIFF have not yet released any statement regarding the letter, although the body revealed earlier that atleast a three-year window is needed to implement changes for a unified league structure.