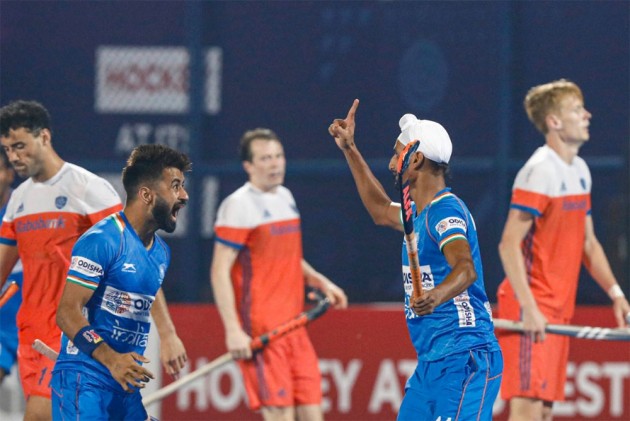 The International Hockey Federation (FIH) on Friday extended the second edition of its prestigious Pro League by one year till June 2021 after a slew of matches were postponed due to the COVID-19 pandemic.

Season 2 was set to run from January to June 2020 and around one-third of the matches were completed by early March before the escalating COVID-19 crisis brought the competition to a standstill.

The FIH said the decision was reached after agreement with 11 participating countries, including India.

India are currently fourth on the table with 10 points from two wins and as many number of losses and draws behind Belgium, Australia and the Netherlands.

"Due to ongoing uncertainties surrounding the COVID-19 global health pandemic, and in agreement with the 11 participating National Associations (NAs), the second edition of the FIH Hockey Pro League is being extended through to June 2021," the FIH said in a release.

The FIH was forced to suspend the Pro League twice earlier. It had first postponed all matches scheduled before April 15 and later extended the deferment till May 17 because of the novel coronavirus which has killed more than 1.9 lakh people globally.

The world hockey body was planning to hold the ties in July and August, provided the current situation improves.

In agreement with all participating countries, the FIH also announced that the window for Season 3 of the FIH Hockey Pro League will be from September 2021 to June 2022.

"The decision to spread the Pro League season over a longer time period will allow for greater flexibility in terms of the scheduling, reducing match congestion in the first half of the year whilst also helping to ensure that international hockey remains highly visible via broadcast for much of the year."