India, who finished third in the just-concluded Asian Champions Trophy in Dhaka, will end the year with 2296.038 points behind Olympic champions Belgium and toppers Australia. 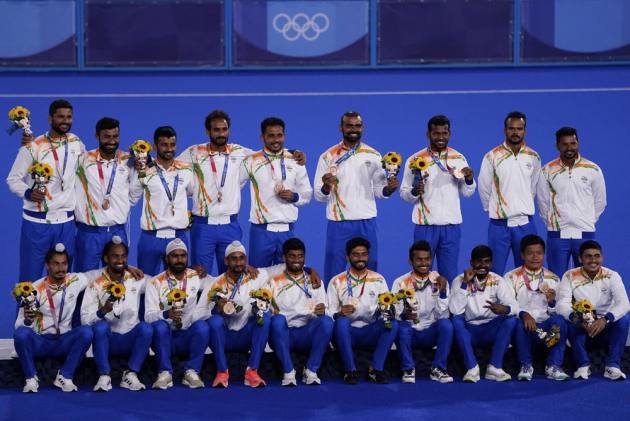 The Manpreet Singh-led Indian team won the bronze in Tokyo Games earlier this year to end a 41-year medal wait for the country.

India, who finished third in the just-concluded Asian Champions Trophy in Dhaka, will end the year with 2296.038 points behind Olympic champions Belgium and toppers Australia.

Australia have leapfrogged Belgium in the latest chart following the Red Lions' recent FIH Hockey Pro League draw and defeat at the hands of the Netherlands.

Australia will close the year with 2642.25 points, just 10 points ahead of FIH Hockey Pro League and Olympic champions Belgium, who have 2632.12.

The Asian Champions Trophy saw various exchanges of ranking points between the competing teams, although there was little in terms of movement.

Among women, India have dropped a rung to ninth spot from the last update.

The Indian women's team, which finished a historic fourth in the Tokyo Olympics, will end the year with 1810.32 points.

Netherlands women will finish the year at the top of the FIH world rankings.