India have been clubbed with France, Poland and Canada in Pool B. The FIH Men's Hockey Junior World Cup starts November 24 with India playing France on opening day. 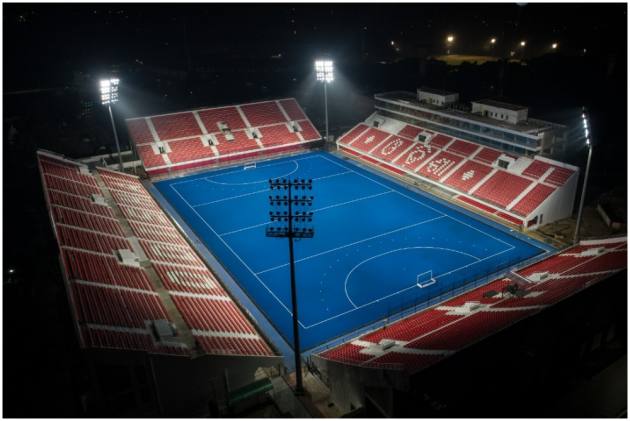 With less than two weeks to go, Odisha is once again getting ready to welcome the world when it hosts 16 teams in the FIH Men's Hockey Junior World Cup starting November 24 at the Kalinga Stadium in Bhubaneswar. (More Hockey News)

Odisha has been everybody’s go-to destination in the country when it comes to hockey. The stakes are high for India, having won the title last time in 2016, also at home. India have already named their 20-member squad with Tokyo Olympics bronze medal-winning star Vivek Sagar Prasad as captain.

Having successfully hosted the 2018 FIH Men’s Hockey World Cup at the same venue, the state will once again be lit up with some of the finest in the world battling it out for the coveted Junior World Cup trophy. The teams started arriving in Bhubaneswar on Tuesday.

“Not just the infrastructure, the processes for the successful conduct of an event are also in place, in the state. So, be it in a few years or a few months, Odisha Government departments and agencies have proven to come together and work seamlessly amongst themselves and with Federations to host a smooth event and in a timely manner,” Odisha Sports Minister Tusharkanti Behera said.

Keeping the COVID-19 pandemic in mind, the organisers have decided against allowing any supporter in the stadium and instead requested to catch all the action from the comfort of their homes. “There is indeed disappointment amongst players and hockey lovers as this World Cup will be closed to spectators.

“We will miss the roars and the cheers and the packed arenas, yet, for the players, it will be a challenging yet elating experience to play in the World Cup. After all, it is the biggest pinnacle of event for any junior hockey player,” added Behera.

"Odisha is also hosting the men’s Hockey World Cup in 2023 and hosting the Hockey Men’s Junior World Cup adds yet another new beginning in bringing the young and top players from across the world to Odisha. ”

India have been placed in Pool B alongside Canada, France and Poland. The 16 teams have been divided into four groups with the top two from each making it to the quarterfinals. The semifinals and final are on December 3 and 5 respectively.