The third-fourth place play-off was a chance for India to avenge their 4-5 defeat against France in their FIH Men’s Junior Hockey World Cup 2021 opener, but it was not to be as the European side continued to dominate the hosts. 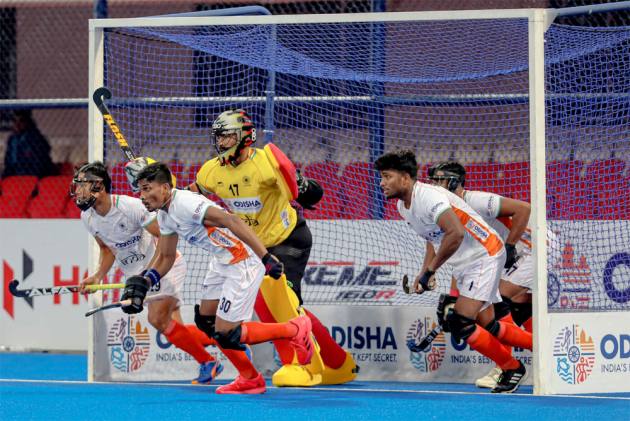 Title hopes already shattered, defending champions India even failed to finish on the podium as they lost 1-3 to France in the bronze-medal play-off match of the FIH Junior Hockey World Cup Bhubaneswar on Sunday. (More Hockey News)

France skipper Timothee Clement slammed a hat-trick to stun the hosts once again and secure the bronze medal.

Clement converted three penalty corners for France in the 26th, 34th and 47th minutes while India's lone goal was struck by Sudeep Chirmako in the 42nd minute.

It was the second consecutive flop show from the Indians after their superlative performance against Belgium in the quarterfinals.

The third-fourth place match was a chance for India to avenge their 4-5 defeat against France in their tournament opener, but it was not to be as the European side continued to dominate the hosts with a superb performance.

France were by far the better side on the pitch as they controlled the proceedings after a sedate first quarter and earned as many as 14 penalty corners as against India's just three.

India started on a bright note and exerted pressure on France defence in the first quarter, which resulted in a penalty corner as early as in the first minute of the game, but the hosts failed to utilise the chance.

The Indians continued to press hard and came close to securing the lead in the 12th minute when Araijeet Singh Hundal's shot from top of the circle hit the post.

France got their footing into the match at the fag end of the first quarter when they secured three penalty corners in succession but the Indian defence did just enough to keep their rivals at bay.

France continued to attack in the second quarter as the Indians played catch-up hockey.

Three minute into the second quarter, France secured another penalty corner but again it went in vain.

India too created a few chances but all those fizzled out inside the France circle.

France continued to press the Indian defence and in the process earned their fifth penalty corner in the 26th minute which was converted by Clement with a low drag-flick to the right of Indian custodian Prasanth Chauhan.

France continued their attacking game after the change of ends and secured five penalty corners minutes after the start of the third quarter, the last of which was converted by Clement to hand the European side a 2-0 lead.

Seconds later Sudeep's try from close range was saved by the France goalkeeper.

In the 42nd minute Sudeep gave the host's a ray hope by reducing the margin with a field goal.

But France continued to attack and earned their 11th penalty corner in the 47th minute and once again Clement was bang on target.

France did not ease pressure on the Indian defence and in the process earned three more penalty corners but failed to extend their lead.

Sudeep got a bright chance for India minutes later but his touch from Araijeet Singh Hundal's pass went wide.

India had another chance to reduce the margin in the form of a penalty corner but vice-captain Sanjay Kumar's flick was well defended by France.