India resume their FIH Pro League with fixtures against Argentina on April 10 and 11, then meet Great Britain on May 8 and 9, and Spain on May 12 and 13 -- all away matches 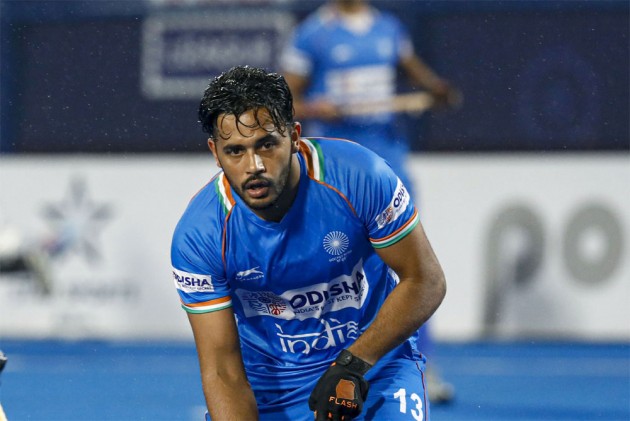 Indian men's hockey team skipper Manpreet Singh is delighted with the revised schedule for FIH Pro League, saying back-to-back matches next year will help them gain the "right kind of momentum" ahead of the Tokyo Olympics.

The Indian team will resume its Pro League campaign in April with an away tie against Argentina, according to a revised fixtures announced by the International Hockey Federation on Thursday.

"I feel after the four-week gap between our matches against Argentina and Great Britain, we will play back-to-back matches almost every weekend right until the end of May and that's the kind of momentum we are looking for ahead of the Olympic Games," Manpreet said.

"We will test our body and mind during this time to see how we can cope up with the pressure of playing back-to-back high-intensity games and manage the load. This will be an ideal test for us before the Olympics," he said.

To start with, India will play Argentina on April 10 and 11.

India will then face Great Britain away from home on May 8 and 9 before travelling to Spain to play matches on May 12 and 13. The team will take on Germany in away matches on May 18 and 19 before finally playing a home tie on May 29 and 30 against New Zealand.

Chief coach Graham Reid too said tough competition against top nations will help his team prepare well for the Olympics.

"It's very encouraging to have international competition restarting and the Hockey Pro League will give us that tough top level competition in the lead-up to the Olympic Games next year," he said.

"We are also working at the moment to ensure that we have enough competition throughout the latter part of 2020 and the early part of 2021.

"We have the Asian Champions Trophy still planned for November 2020 and a trip to Malaysia to play the Netherlands and a 4 Nations Tournament in New Zealand in February 2021 which are all in the planning stage at the moment as part of our ACTC."

Manpreet said the scheduling provides enough time for the team to prepare for a major event like the Pro League.

"We were delighted by the news of a revised schedule for Hockey Pro League. With the rise in number of cases in India, it may take a while before travel restrictions are lifted for International competition," he said.

"Our travel this year for any tournaments will purely depend on the Government guidelines, so under these circumstances, we need to be sensitive towards what's happening around us and channel our focus on preparation. We will use this time to revisit our goals and areas that we need to improve."

Manpreet further said that the weather in Europe in April and May would suit the Indian team.

"Also I think the weather in Europe in April and May would be ideal for us as the winter months would have ended. April in Argentina is also supposed to have the best weather to play hockey and it won't be hot and humid," reckoned the midfielder.

The Indian team had made an emphatic start to its maiden Hockey Pro League campaign earlier this year with a 5-2 and 3-3 (3-1) win against the Netherlands followed by a 2-1 victory and 3-4 loss against world champions Belgium and a 3-4 loss and 2-2 (3-1) win against Australia before the COVID-19 pandemic halted all sporting events.