With commercial passenger flights suspended the 51-member contingent will board a cargo flight which has some capacity for passengers. 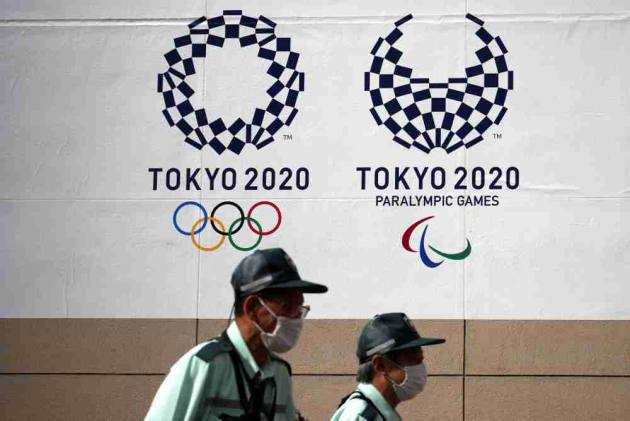 Famous athletes in sports like tennis and golf heading to the Tokyo Olympics will probably arrive in Japan at the front of the plane. (More Sports News)

It's a style to which the athletes of the Pacific Islands are unaccustomed. Fiji's gold medal-winning men's rugby sevens team will arrive in Tokyo along with the other members of their national team on Thursday on a cargo/freight flight which is hauling mostly frozen fish.

Commercial passenger flights to and from Pacific nations have become scarce during the pandemic. Lorraine Mar, the chief executive of the Fiji Association of Sports and National Olympic Committee, said Wednesday that arranging travel for the Fiji team to Tokyo has been a “logistical challenge."

Mar said around 51 athletes and officials, mostly the Fiji men's and women's sevens squad, will be on Thursday's flight from Fiji's principal international airport at Nadi. It's a regularly-scheduled freight flight which has some capacity for passengers.

The sevens teams recently have been based in Australia where the Fiji men won the Oceania Sevens title in Townsville, Queensland two weeks ago. The men's team gave Fiji its first-ever Olympic gold medal when it won the inaugural Olympic rugby sevens tournament in Rio de Janeiro in 2016.

The Fiji teams were originally expected to fly directly from Australia to Tokyo, but plans were changed at the last minute due to new COVID-19-related restrictions in Asia.

Apart from the sevens teams, the Fiji team includes one track and field athlete, two swimmers, a female table tennis player and a judo competitor who currently is based in Japan.

Mar said dealing with athletes' departures from Japan also is a challenge. The IOC requires athletes to vacate the Olympic village within 48 hours of the conclusion of their events.

Fiji has a flight booked from Tokyo to Nadi on July 29, after the sevens tournament has concluded and which could also carry other athletes who have been eliminated or have finished competing. Another flight is booked on Aug. 10.

Mar hopes the IOC will grant dispensation for athletes who are unable to immediately obtain flights home to remain in the village until travel is available.

Among other Pacific Island nations, Samoa has already withdrawn its three-member weightlifting from the games because all are based in Samoa and the Samoa government is concerned about the spread of COVID-19 in Japan. Eight Samoan athletes who are based overseas will still compete.

They comprise two boxers based in Australia, four sailors and canoeists based in New Zealand, a track athlete based in the United States and a judoka based in Japan.

Tonga will send six competitors, all but two of whom are based overseas. They include Pita Taufatofua — the “naked Tongan” — who was a bare-chested sensation when he carried the Tongan flag in the opening ceremony of the Rio games.

Taufatofua, who will compete in taekwondo in Tokyo, also represented Tonga in cross-country skiing at the 2018 Winter Olympics in Pyeongchang, South Korea. (AP)