India's Shikhar Dhawan will miss three to four Cricket World Cup games due to the hairline fracture on his left thumb and Rishabh Pant will join the team as cover in Manchester ahead of the clash against arch-rivals Pakistan on Sunday. 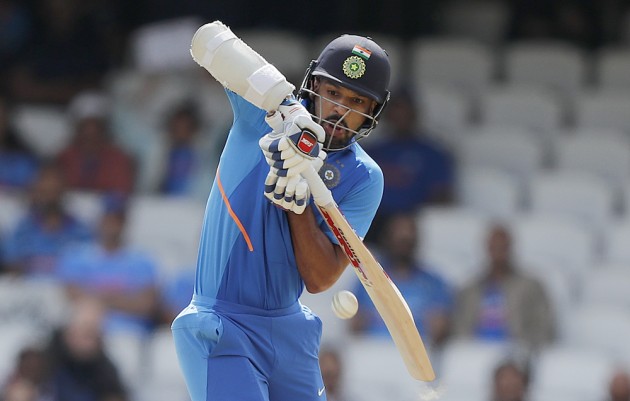 A final decision on Shikhar Dhawan's availability in the ongoing World Cup will be taken only after 10 to 12 days as he is too "precious" to be ruled out just yet, India's assistant coach Sanjay Bangar said on Wednesday. (Full Coverage: ICC Cricket World Cup 2019)

Dhawan will miss three to four games due to the hairline fracture on his left thumb and Rishabh Pant will join the team as cover in Manchester ahead of the clash against arch-rivals Pakistan on Sunday.

"As far as Shikhar is concerned, we are observing him and it will take some time, around 10 or 12 days to figure out where he stands," Bangar said on the eve of the game against New Zealand in Nottingham.

"We will be in a better position to take a call then because we don't want to rule out a precious player like Shikhar, straight at the time of the injury," he added.

The assistant coach's statement means that Dhawan will be out of the games against New Zealand (Thursday), Pakistan (Manchester, June 16), Afghanistan (June 22, Southampton) and West Indies (June 27, Manchester).

Bangar also informed that Pant is being summoned so that he can train with the team and be match-ready in case Dhawan is ruled out of the tournament.

"Since Dhawan's assessment will take 10-12 days, till that point of time, we wanted to make sure if and when the replacement is required and I am saying if and when, then it is always good to have a replacement player coming in and practising with the team as a stand-by," Bangar said.

On KL Rahul, Bangar said if the former could adjust to opening the batting in the absence of Dhawan, it will provide much-needed balance to the side. He cited history when Rahul Dravid excelled in a similar role.

Rahul Dravid's versatility as a keeper and a floater under Sourav Ganguly's captaincy helped India maintain balance in ODIs which is exactly what Bangar expects from Rahul in the current limited overs set-up.

Rahul, who was supposed to fill-up the contentious No 4 slot and did a decent job against South Africa in bowler-friendly conditions, will now open with Rohit Sharma against New Zealand on Thursday.

"The advantages of playing in various situations, is that you understand the game a lot better. If you are batting in the middle order and suddenly you go and bat in the top order, then you know how challenging it can be, wherein you need to negotiate two new balls but you also understand that there are all these boundary opportunities," Bangar said when asked how challenging it is to suddenly open the innings.

"So if a player is able to do that -- and if you look across the history of the game, players have been very versatile, and here if you take (example of) his namesake Rahul Dravid back at the various positions, actually, it helped the team big time," Bangar said.