Dream11 has been running its fantasy cricket app in Karnataka when other top operators like MPL, Paytm, My11Circle have stopped after the state ban. 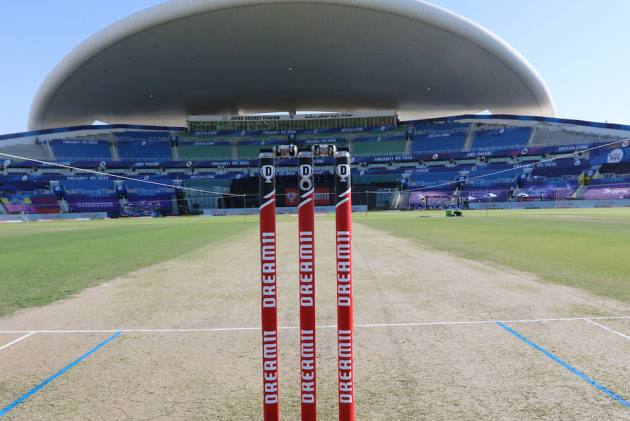 An FIR has been launched against Dream11 for running its fantasy sports app despite Karnataka banning online gaming that involves stakes (money). Dream11 is a partner of the Board of Control for Cricket in India and sponsors the Indian Premier League currently underway in the UAE. (More Cricket News)

Dream11 has been running its fantasy cricket app at a time when almost all top real money gaming operators like MPL, Paytm and My11Circle have stopped operations the moment the Karnataka Police Act 2021 came into effect on October 5. Apart from Dream11, the Jaipur-based popular fantasy app MyTeam11 is also available in Karnataka.

According to the FIR filed at the Annapoorneshwarinagar police station on Friday by one Manjunath, a resident of Nagarbhavi in Bengaluru, Bhavit Sheth and Harsh Jain, the founders and directors of Sporta Technologies Private Limited which promotes the Dream11 gaming app, have been booked as accused number one and two. The police have initiated action based on the complaint.

Dream11 did not comment on the FIR. It had been steadfastly refusing to answer questions on why it was running its fantasy app when all had stopped.

READ: Gambling In The Name Of Gaming

Dream11 has clearly split the real money gaming world. Platinum members, who belong to the Federation of Indian Fantasy Sports, are feeling betrayed that the 'solidarity' has been broken by the founders (Dream11) themselves.

"Internally at FIFS, we got the feeling it was all right to runs ours apps. Why stop it? But taking on the state by breaking the law would have been suicidal," said a senior management person of a top operator.

Interestingly, Dream11 app is accessible to some users in Telangana, Assam, Odisha and Arunachal Pradesh as well. These states have banned online games but have not initiated any action against Dream11.

Meanwhile, Dream11 has also left its subscribers in the lurch by not replying to messages on the fantasy app's status in Karnataka. Several tweets asking for clarification after the ban was imposed have gone unanswered.

Instead of copying pasting the standard response can you atleast read the message and use some brains? This is not a user specific issue for which I need to log a request. Its a generic query concerning all d11 users from karnataka. So stop being an idiot and answer.

"Users of Dream11 should have been informed whether they can play on the platform after the law was notified. Not doing so means that Dream11 is leaving them in the lurch of facing potential criminal action without notifying them. Most other gaming websites have stopped allowing users and put appropriate disclaimers," observed a industry veteran.

Meanwhile, the All India Gaming Federation and a few other companies have approached the Karnataka High Court against the ban. AIGF has poker, rummy and fantasy operators as members and they include MPL, Paytm, Gamezy, 11wickets, Nostragamus et al.

In its writ petition, AIGF has challenged the Amending Act on the following grounds: (i) Inclusion of games of skill within the ambit of gaming is beyond the legislative competence of Karnataka (ii) Karnataka has no legislative competence to regulate online gaming (iii) The Amending Act is manifestly arbitrary and hit by vagueness (iv) Games of skill do not fall within the ambit of “wagering and betting” and (v) Betting and wagering on game of skill does not amount to gaming.

These kind of petitions are nothing new in High Courts. On August 4, after protracted deliberations, the Madras High Court junked the Tamil Nadu Gaming and Police Laws (Amendment) Act of 2021that sought to outlaw online gaming with stakes. Despite the legal setback, Tamil Nadu is desperate to resubmit a new and well manicured draft. Karnataka could see a similar legal battle as most law-abiding operators continue to be flummoxed by the whims and fancies of state governments.