India's Jasprit Bumrah, the batsman, was at his brutal best taking on England bowlers. He also found time to silence Jos Buttler on Day 5 of Lord's Test 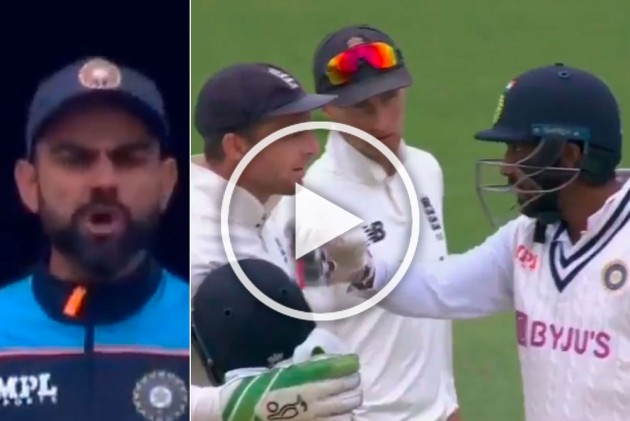 Jasprit Bumrah wasn't giving an inch at Lord's on Monday as India and England traded blows. The final day of the second test started with hosts England in a commanding position with India already down six and Rishabh Pant the only recognised batsman left. Then, Pant too left hurriedly, leaving the tail exposed.

Bumrah and Mohammed Shami took over as the match heated up to a boiling point at the spiritual home of cricket. Bumrah, for his tailender tag, played some good shots, as did his partner Shami, to rattle the English camp. And he even copped one on the helmet, courtesy a Mark Wood bouncer. But soon, India's lead goes past the magical 200-run mark even as Burmah and Jos Buttler continued their fight. At one moment, the duo came close to making the contact, right in front of the stump camp.

Meanwhile, Virat Kohli was seen applauding Burmah from the balcony, clapping unencumbered. India captain loves a good fight. And he sure was proud to see one of his lieutenants take on the opponents.

Virat Kohli pumped up at the Lord's balcony as Bumrah adds some priceless runs to the total!

India bring up a lead of over 200 runs. Massive psychological advantage.

The first match at Trent Bridge in Nottingham ended end in a draw, with rain denying either side from going for the kill on the final day. In London, it looks like, there will be a result.