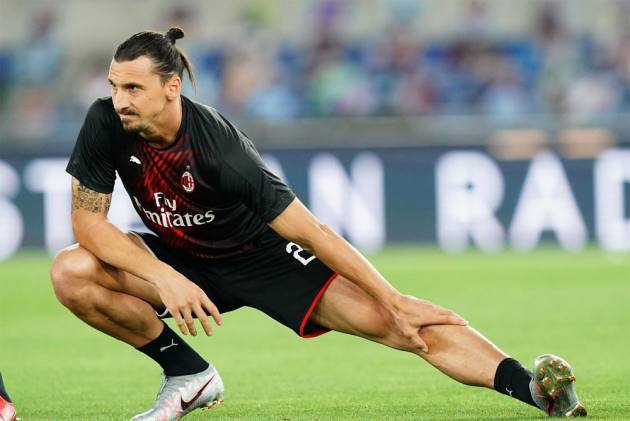 AC Milan has improved on last year's unbeaten start through 10 matches with one extra victory and one major difference: The team no longer seems completely dependent on Zlatan Ibrahimovic.

It's a sign of maturity for one of the youngest teams in the Italian league, which is chasing its first Serie A title in a decade.

“It's a great roster. All of the players are strong and can overcome absences,” Milan coach Stefano Pioli said after his injury-hit team struggled to a 1-0 victory over Torino on Tuesday.

While Milan was missing injured forward Ante Rebic, Ibrahimovic came on for only the final four minutes.

“We fought for every ball as if it were the last, which is what you need to do in such tough matches,” Pioli said.

The victory was Milan's sixth straight and it meant that the club matched its best start in history, having also won nine and drawn one in 1954-55.

France veteran Olivier Giroud, who scored an early goal against Torino, has been a key addition this season.

Simon Kjaer, another of Milan's few over-30 players, has also been key — as evidenced when he thwarted Torino's attempt at a late equalizer.

Kjaer, the captain of European Championship semifinalist Denmark and one of the 30 Ballon d'Or nominees, was given a contract extension through 2023-24 on Wednesday.

“My dream is to win something before I leave,” Kjaer said.

A title certainly appears within reach for Milan, although it's worth noting that the club led Serie A after 21 matches last season and then faded behind city rival Inter Milan with Ibrahimovic injuring his left knee in May.

Pioli's squad appears grittier this season. In its last three games, Milan came back from two goals down to beat Hella Verona 3-2; produced two late goals in a 4-2 win at nine-man Bologna; and then produced only two shots on goal but still beat Torino.

Goalkeeper Mike Maignan, who was brought in to replace the departed Gianluigi Donnarumma, is out until January following surgery on his left wrist, but Ciprian Tatarusano has stepped in and kept a clean sheet against Torino.

Another key factor for Milan has been stability on the bench, with Pioli in his third season after a turbulent stretch that saw rapid-fire coaching changes with Clarence Seedorf, Filippo Inzaghi, Sinisa Mihajlovic, Cristian Brocchi, Vincenzo Montella, Gennaro Gattuso and Marco Giampaolo following each other in rapid succession.

The stability has coincided with the promotion of former Milan great Paolo Maldini to technical director in 2019.

Milan has even cut its financial losses in half over the last year, despite the coronavirus pandemic, after a stretch of financial fair play violations that saw the Rossoneri voluntarily withdraw from the 2019-20 Europa League.

The only Serie A match that Milan hasn't won this season was a 1-1 draw at Juventus in September. There have also been struggles in the Champions League, where Milan has lost all three of its group matches.

More big tests are coming up with a visit to Jose Mourinho-led Roma on Sunday and the derby with defending champion Inter the following weekend sandwiched around a Champions League game with Porto at the San Siro.

“We've got to keep on trying to play better.”