On the opening day there will be three matches, one at Nehru Stadium Complex and two games at the Ambedkar Stadium. 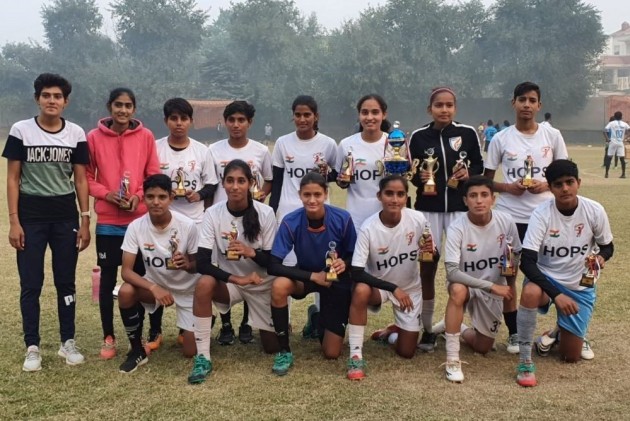 The opening match of the Football Delhi Women's League 2020-21 will be played between Eves Sports Club and Frontier FC Delhi at the Ambedkar Stadium on Monday. (More Sports News)

On the opening day there will be three matches, one at Nehru Stadium Complex and two games at the Ambedkar Stadium.

Football Delhi president Shaji Prabhakaran said, "This is a record number of teams participating in the Women's League, the biggest state level women's league as far number of teams are concerned which is an excellent situation for the growth of women's football in the capital city.

"There is tremendous excitement among women players to be part of this league. Clubs deserves compliments for encouraging girls and giving these players competitive experience."

He further stated that the top two teams from Delhi will have the opportunity to play in IWL which would be a "very good platform for our women players to further boost their football careers and ultimately play for the national team".

The league will be organised by following COVID-19 protocols.