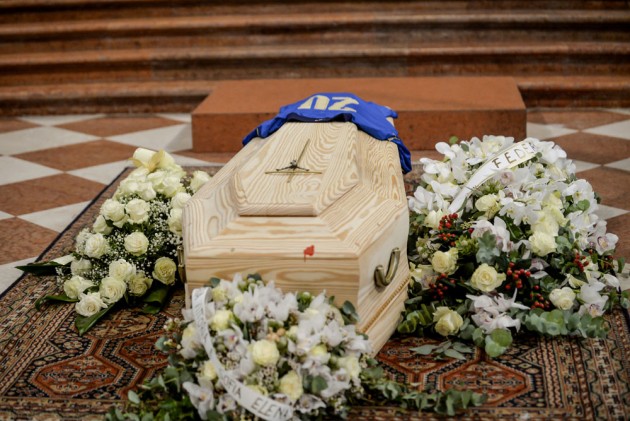 Azzurri great Rossi died at the age of 64 on Wednesday following a long illness.

Rossi's 1982 World Cup-winning team-mates carried his coffin into the Santa Maria Annunciata Cathedral for his funeral and thousands gathered on the streets of Vicenza to pay their respects.

Reports emerged in Italy later in the day that Federica Cappelletti, Rossi's wife, had returned to their house near the Tuscan village of Bucine to discover thieves had broken in.

It was reported that none of Rossi's medals were stolen.

Dario Nardella, the mayor of Florence, tweeted on Sunday: "A more vile and disgusting act than this is truly unthinkable.

"The police must do everything possible to find those responsible. All my solidarity and closeness to the #PaoloRossi family."

Rossi was the leading scorer and best player in the tournament in the Azzurri's 1982 World Cup triumph in Spain.