Football Subs: IFAB Recommends Five Substitutions To Be Allowed Across All Levels

IFAB also recommended that the current number of opportunities to make a substitute — three, as well as at halftime — should stay the same. 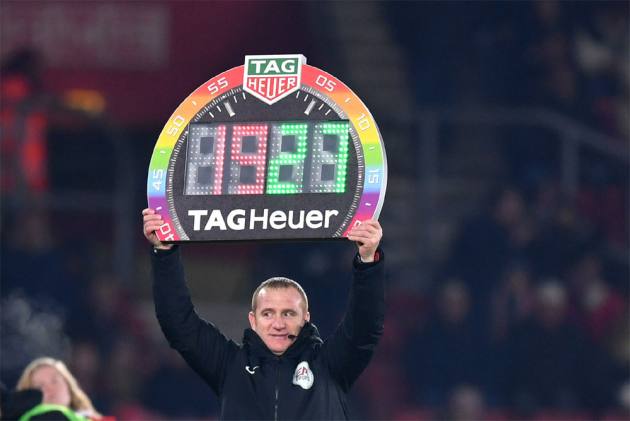 The temporary move to give teams the option of making five substitutions per game instead of three should take effect on a permanent basis, soccer's lawmakers recommended. (More Football News)

The measure was introduced in May 2020 so teams could cope better with the congested schedule when soccer resumed following a suspension due to the coronavirus.

In May, it was extended for a further 18 months, until the end of 2022, when the World Cup in Qatar will be completed.

The International Football Association Board's advisory panel said there had been “a number of requests from confederations, associations, leagues and other key stakeholders for this option to be introduced permanently.”

Competitions can decide if they want to increase the number of substitutes from three to five “according to the needs of their football environment,” an IFAB statement read following a virtual meeting chaired by FIFA.

The Premier League was one of the few leagues to decide against using five substitutions for the 2020-21 campaign, reverting instead back to three. That remains the case for the current season after clubs voted on the issue.

IFAB also recommended that the current number of opportunities to make a substitute — three, as well as at halftime — should stay the same.