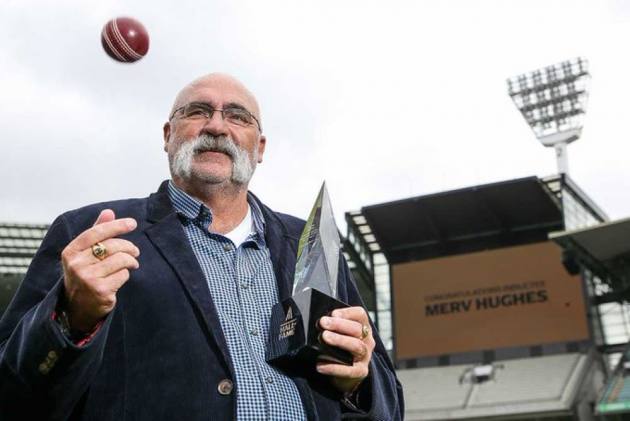 Former pacer Merv Hughes has been inducted into the Australian Cricket Hall of Fame, the country's board (CA) said on Tuesday, describing him as a "larrikin who demolished batting line-ups all over the world".

His career-best figures of 8-87 against the West Indies at the WACA in 1988 included the final wicket of a hat-trick spread across three separate overs, two innings and two different days.

"Absolutely stoked and blown away by this!!", Hugues, who also represented Victoria, Essex, and the ACT over a First-Class career spanning 14 seasons, wrote on his twitter handle.

In 2005, Hughes became a selector for the Australian cricket team, a role he would hold through until 2010.

Hughes' handlebar moustache, menacing run-up and displays of affection for his teammates made him a favourite for a generation of cricket fans, the CA said.

"He has left his legacy on the sport in post-career mentorship with modern-day teams, administrations roles as a National Selector and the heartbeat of Australian cricket. The Australian Cricket Hall of Fame is delighted to recognise Merv Hughes."

Earl Eddings, Cricket Australia Chair, said: "He gave everything he had to try and help his team to win, coupled with his enthusiastic theatrics on the pitch and his love for the game he will always be warmly remembered as the big-hearted fast-bowler and larrikin who demolished batting line-ups all over the world.

"I couldn't think of a more well-deserved inductee into the Australian Cricket Hall of fame, who now joins an elite group of individuals who have given so much to the game we all love."