Germany have moved to replace outgoing coach Joachim Low with Hansi Flick, who will take over after Euro 2020. 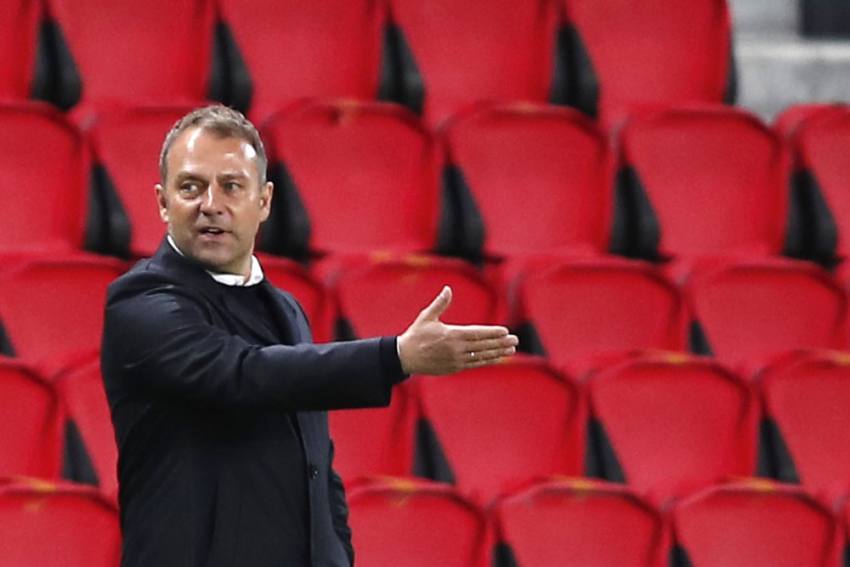 Flick, who led Bayern Munich to a ninth consecutive Bundesliga title this season, will replace Joachim Low after the Euro 2020 finals.

It marks a return to the Germany fold for Flick, who previously served as Low's assistant between 2006 and 2014, a span that included being crowned world champions in Brazil in 2014.

Flick joined Bayern as an assistant coach in 2019 but was promoted to the senior role following the departure of Niko Kovac.

He subsequently led Bayern to a famous treble in his first campaign, securing the Champions League after domestic success in the league and DFB-Pokal.

Although they were knocked out of the Champions League quarter-finals by Paris Saint-Germain in 2020-21, Flick helped Bayern add the UEFA Super Cup and FIFA Club World Cup, as well as another Bundesliga crown.

However, amid increasing speculation, the coach announced in April he would leave Bayern at the end of the season. Julian Nagelsmann was confirmed as his replacement.

In a German Football Association (DFB) statement announcing his appointment on Tuesday, Flick said: "It all went surprisingly quickly for me with the signature, but I am very happy to be able to work as national coach from autumn onwards.

"The season has just ended and the two years at Bayern Munich have helped. The team spirit and the attitude of the players were outstanding, and I'll take a lot with me that will continue to shape my work.

"I'm really looking forward to it because I can see the great quality of the players, especially the young players in Germany.

"That's how we have every reason to approach the upcoming tournament with optimism. I wish Jogi Low, Marcus Sorg, Andy Kopke and the team the greatest possible success. Jogi Low has more than deserved a big end to his career as national coach."

Oliver Bierhoff, DFB national team director, added: "I am very proud that we have succeeded in signing Hansi for the post of national coach. He was from the start at the top of my wish list.

"I have known and appreciate the human and professional qualities of Hansi since our many successful years together with the national team. During his time at Bayern Munich, he showed where he can lead a team as head coach.

"We quickly came to an agreement on the future tasks. It was important for me to create clarity before the start of the Euros. We have one big common goal: to get back to the top."

Low, who was previously assistant to Jurgen Klinsmann, announced in March he would step down after the delayed Euro 2020 following 15 years in charge.

Standards have since slipped, though, with Low's men out in the group stage at Russia 2018 and suffered humiliating defeats to Spain – 6-0 in the Nations League – and North Macedonia – 2-1 at home in World Cup qualifying – in the past 12 months.