The International Cricket Council (ICC) has banned the use of saliva on ball as an interim health safety measure in the wake of the COVID-19 pandemic -- a move that has raised concerns about the game becoming batsmen-dominated. 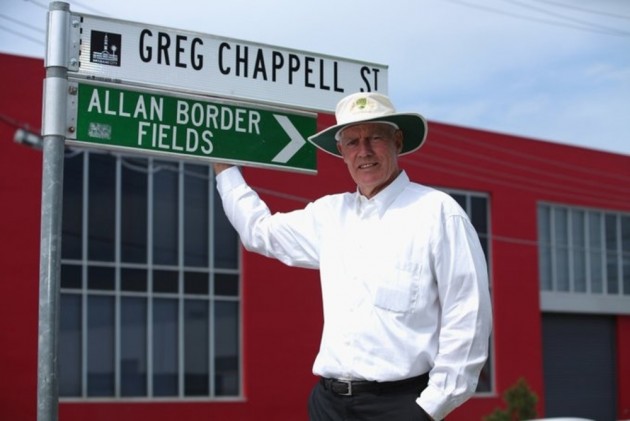 Former India coach Greg Chappell says talks of saliva ban tilting the balance towards batsmen is a "bloody storm in a teacup" but sweat will also be very effective when it comes to shining the ball in Test cricket.

The International Cricket Council (ICC) has banned the use of saliva on ball as an interim health safety measure in the wake of the COVID-19 pandemic -- a move that has raised concerns about the game becoming batsmen-dominated.

For now, the bowlers can only use sweat on the ball but many believe it will not be as effective as saliva.

"If they're wiping perspiration from their forehead, there's sunscreen there. If they're using saliva, they've probably been chewing something, so what's in that?" the former Australian skipper was quoted as saying by 'Sydney Morning herald'.

"I don't know if it's that big a deal. Perspiration will be the equal of saliva. I don't see the difference, to be honest."

The 71-year-old, who had a controversial stint as India coach between 2005 to 2007, said the saliva ban will have a minimal affect on Australia's fast bowlers.

"None of them are big swingers of the ball – Starc might get some reverse swing – by and large it's the pace and bounce, I don't think we'll notice a huge difference, to be honest," Chappell said.

"Bowlers are inventive enough. If they can get perspiration on the ball, they'll get shine, they'll be able to preserve the ball unless it's a real hard, abrasive wicket," he said.

"You've only got to keep enough shine on the ball, and perspiration will do that. I think it's a bloody storm in a teacup myself."

Former and current cricketers including India pacer Ishant Sharma and ex-Australian skipper Mark Taylor believe the saliva ban will upset the balance between bat and ball.

Former Australian pacer Damien Fleming believes cricketers who sweat a lot will be in demand now as they will be needed to shine the ball in cooler conditions.

"Now you'll do testing to find your sweaters because you want to get the ball to them on a coolish day so you can use their sweat," he said.

"Someone like Merv Hughes, he'd be the first picked these days. He'd sweat in an igloo."

Fleming wondered about the methods teams will use to shine the ball in cooler conditions.

"Why is cover doing laps in between balls?" Fleming said.

"If it's freezing in Hobart and windy, you'll have to get creative – maybe fielders with a couple of jumpers creating that sweat."