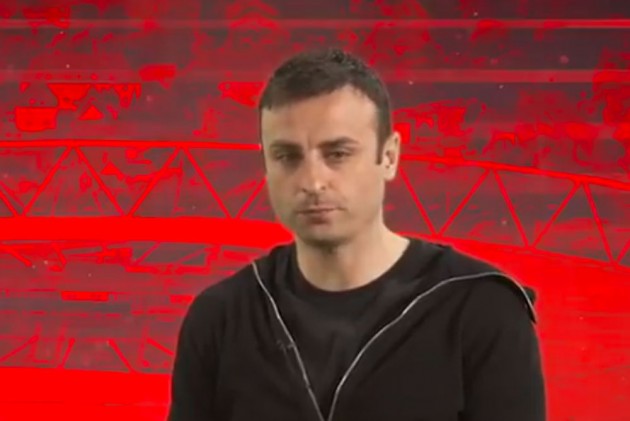 Dimitar Berbatov has announced his retirement from football, saying: "I played the way I wanna play, and I scored the goals I wanted to score!" (More Football News)

He announced his retirement on the ninth anniversary of his hat-trick for Manchester United in a memorable 3-2 win over rivals Liverpool.

After starting his career at CSKA Sofia, Bulgarian Berbatov made a name for himself in the Bundesliga with Leverkusen and then enjoyed success in the Premier League with Spurs.

United paid £28million to take him to Old Trafford in August 2008 and he won two Premier League titles with the club, before going on to play for Fulham, Monaco, PAOK and Kerala.

In a post on his Instagram account, Berbatov said: "My last game was more than one year ago, so I think it's the right time now to stop and it's long overdue!

"Although when I think about it, it's never The End, because I will stay in the game in one way or another, the time has come to say that after almost 20 years playing football I am stopping with my professional ACTIVE football career!

"I will miss it! I will f***ing miss it! Everything! The games, trainings, the goals, preparations, the pressure, my teammates…the roar of the fans when I scored another banger.

"I was blessed and work hard to have the opportunity to play with one of the best ever and against some of the best ever! And coming from small country this makes it even more special for me!"

"It was like a school for me where I became a really good player."

Dimitar Berbatov spent six years with the Werkself and now looks back on his time in Leverkusen. #TBT #ThrowbackBerbaTov pic.twitter.com/3h5nmP35c6

Berbatov reflected on the ups and downs of a career that included three Champions League final defeats – one with Leverkusen and two with United.

His most prolific spell came in Germany, where he netted 91 goals in 202 matches for Leverkusen, but he won his only league titles at United, along with the League Cup, the Community Shield and the FIFA Club World Cup.

He also netted 48 goals in 78 appearances for Bulgaria to become the country's all-time leading scorer before retiring from international football in 2012.

"I had my highs and of course some lows in my career, won my fair share of trophies, scored some goals along the way as well!" said Berbatov.

"I played the way I wanna play, and I scored the goals I wanted to score!

"Thank you to all the people who helped me develop, and became the player I always wanted to be!

"Thank you to all my former teams, my teammates and my coaches and staff! It was a pleasure! I know at times I was not easy to work with, but I always gave my everything for the teams I played for!

"I hope you all have enjoyed my game, and everything I gave to entertain you on the pitch!"