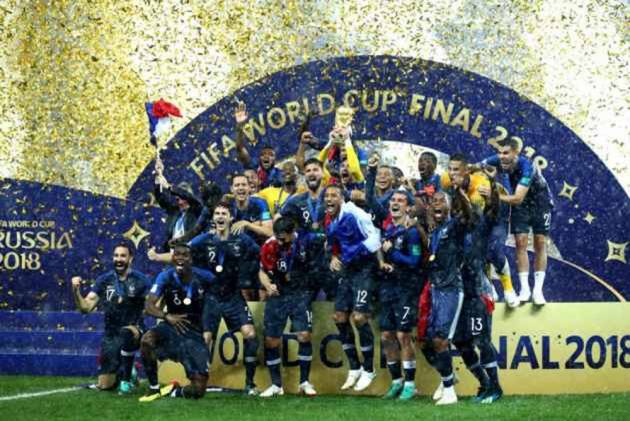 The president of the soccer federation of men's World Cup champion France said Friday he is not opposed to FIFA's push to play the tournament every two years, despite widespread European resistance to the plan. (More Football News)

Noël Le Graët's comment to French sports daily L'Equipe is a significant crack in the unity of 55-nation European soccer body UEFA against the FIFA plan to double the frequency of the World Cup.

It also conflicted with France coach Didier Deschamps — who also lifted the World Cup trophy as a winning captain in 1998 — saying Thursday it would “trivialize” the tournament to play it twice as often.

“I have no opposition to a World Cup every two years, even if I want to take a closer look,” Le Graët said.

“It would be a mistake not to look at this project closely.”

Le Graët spoke after the French Football Federation he leads took part in a FIFA-hosted online meeting Thursday of more than 200 of its 211 national members.

FIFA president Gianni Infantino has pushed for a biennial World Cup to give more playing and hosting opportunities to countries that rarely or never qualify. He already oversaw expanding from 32 teams to a 48-nation tournament for the 2026 edition across North America.

Infantino also cites speeding up the development of talent worldwide to close the gap on the soccer powers of Europe and South America who have dominated the World Cup from its launch in 1930.

They see it as a threat to their popular and lucrative quadrennial continental championships and a risk to overload players and distort the current balance of domestic and international competitions for national and club teams.

UEFA and CONMEBOL have just 65 of the 211 FIFA voters in any poll on the World Cup's future which could be as soon as December. FIFA wants to host a global summit, potentially in Qatar one year before the 2022 tournament.

Le Graët's stance is likely to agitate UEFA's leadership, which appointed him to a seat on the Infantino-chaired FIFA Council two years ago to represent Europe. The Frenchman, who turns 80 in December, got that position despite UEFA having an age limit of 70 for candidates seeking a place on its own executive committee.

France and FIFA have built close ties in recent years, and French President Emmanuel Macron sat with Infantino during the 2018 final in Moscow, where the Deschamps-coached French beat Croatia 4-2.

FIFA opened a regional office in Paris this year to work on development projects in Africa.

African soccer's governing body is the most loyal of the six soccer continents to FIFA and its new president, South African billionaire Patrice Motsepe, who took office this year after a deal with rival candidates was brokered by Infantino.

Le Graët cited the needs of African members — who have almost no space in the congested soccer calendar to play European national teams — to help explain his views.

“We can't ignore other parts of the world,” he told L'Equipe.

“I listened to the plea of South Africa and Morocco who explained their difficulty to find friendly matches because Europe has booked all the dates.”