France Vs Switzerland, Live Streaming: When And Where To Watch UEFA Euro 2020, Round Of 16 Match 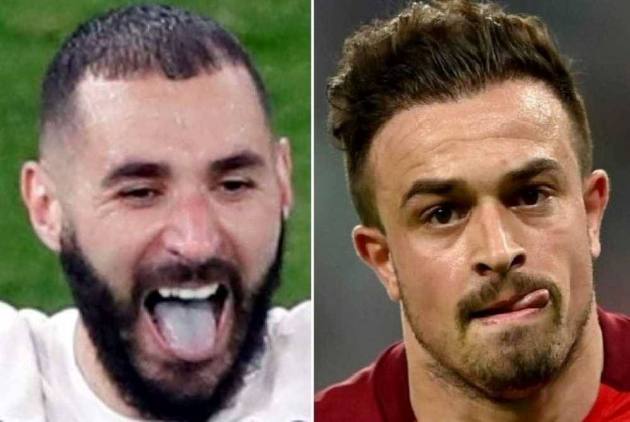 France managed to make it to the round of 16 after putting up two underwhelming shows against Hungary and Portugal. That France secured just one win in the Group F, also called the Group of Death raises questions on teams’ form.

France started bright defeating Germany 1-0, but were then held to draw by Hungary and Portugal.

On top of it as Les Bleus prepare for their encounter with Switzerland, a huge injury list will surely have Didier Deschamps worried.

While Ousmane Dembele has been ruled out of the tournament, French injury list has grown.
Left-back Lucas Hernandez was taken off in the match against Portugal with a suspected knee injury.

His replacement Lucas Digne is also nursing hamstring injury. Midfielder  Adrien Rabiot is dealing with ankle issues. Thomas Lemar injured his leg and Marcus Thuram hurt his right thigh during training  making France jittery at the back. But it’s the front three, the trio of Kylian Mbappe, Antoine Griezmann and Karim Benzema, that is keeping Deschamps men firmly as favourites against Switzerland.

France have never lost to Switzerland and the Swiss have not reached the quarterfinals of a major tournament in last 67 years.  Their last quarterfinal appearance came in 1954 World Cup which they hosted.

Despite the overwhelming odds Swiss remain positive.
"The pressure will be on them. We'll remain positive,” said  Switzerland’s defender Loris Benito.

Road to Last 16
Switzerland finished third in Group A with four points. They advanced as one of the four best third-place teams. Switzerland started with a 1-1 draw with Wales. They lost 0-3 to Italy.
The team turned things around against Turkey winning 3-1.
France started well winning 1-0 against Germany, a match decided by Mats Hummels’ own-goal.
Thereafter they played a 1-1 draw against Hungary, while Karim Benzema scored twice in the 2-2 draw against Portugal. The winner of this match will play the winners of the Round of 16 tie between Spain and Croatia.

Key Facts
~ France are unbeaten in their last seven matches against Switzerland.
~ France have lost just one match of their last 17, There last loss came against Portugal in Euro 2016.
~  Antoine Griezmann has played last 51 matches for France. His run started on August 31, 2017, against the Netherlands.
~ Griezmann is the only player to make 50+ appearances for a European country since that date.
~  Xherdan Shaqiri brace against Turkey made him Switzerland’s all-time top scorer in major tournaments

Head-to-Head: The two sides have met 38 times on international stage. France have won 16 times, while Switzerland has won 12 matches. Ten matches have ended in a draw.