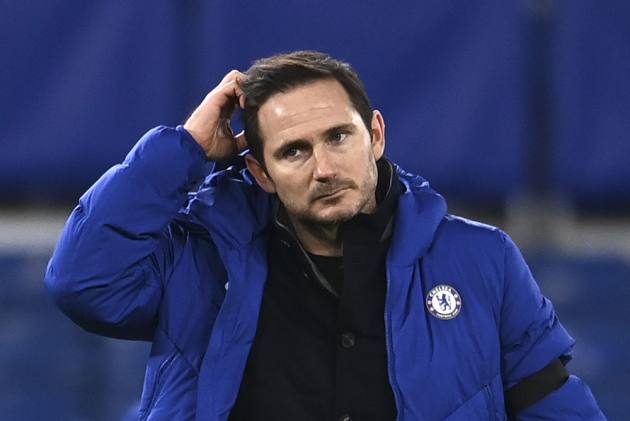 Frank Lampard accepts Chelsea were taught "serious lessons" by Manchester City on Sunday but insists people must be patient as he tries to build a stronger team. (More Football News)

Pep Guardiola's side ran out 3-1 winners at Stamford Bridge, with Ilkay Gundogan, Phil Foden and Kevin De Bruyne all scoring in the first half for a side left depleted by a coronavirus outbreak.

The Blues have now lost four times in six league games, as many as they did in their previous 23.

They have taken 26 points from their first 17 league matches of 2020-21, three fewer than they managed at the same stage last term, and they have never finished higher than sixth after failing to amass more than 26 points at this stage of a campaign.

With top-two Liverpool and Manchester United seven points ahead of them with a game in hand, pressure is growing on Lampard, whose squad was bolstered by a net spend of more than £220million in the previous transfer window.

While accepting his side were not good enough in the first half, Lampard believes he needs time to bring Chelsea closer to the level of City and champions Liverpool.

4 - Since the start of December, only West Bromwich Albion (5) and Sheffield United (6) have lost more Premier League games than Chelsea (4). Concerning. pic.twitter.com/APVKTh15Wg

"For 10 minutes, we were good, then they started to play and we conceded two poor goals, really poor goals. I felt it knocked us and I felt we didn't react as well as I'd want," he told Sky Sports.

"We knew they'd play without a real striker so we had to make sure that space wasn't there. We allowed the space for De Bruyne to get into the game, and [Bernardo] Silva, and Gundogan, when he gets the opportunity to shoot for the first one.

"So, yeah, serious lessons in the first half, good character in the second half, but the damage was done. The level of play, you're talking De Bruyne, I know he was here when he was a kid and credit to him, he went away and came back and now he's prime Kevin De Bruyne.

"It was a painful first half. We've got to get better at receiving the ball in tight areas, we've got to understand that, when a press comes, you've got to accept it, or miss the press out. When a team gives you a problem on the pitch, which we talked about before the game, it has to be dealt with in-game. In the first half, we didn't; in the second half, we were better, but the damage was done."

Lampard pointed to his own experience as a player as proof that things can change quickly in football when it comes to teams being successful.

3 - Chelsea have conceded three first half goals in a home Premier League game for only the second time ever, also doing so in August 2017 vs Burnley. Sliced. pic.twitter.com/i8I00y9wHp

"I'm not leaning on the youth [as an excuse] because I think some of the younger players really came to the fore," he said. "I thought Mason Mount showed second half, Billy Gilmour when he came on, Callum comes on and gets his goal, so it's not about the youth in the squad being the issue. It's just a reality, as I said before.

"At the minute, we're in a little period, a five, six-game period that none of us like. I think if you probably go back to the first year of City in this regime or Liverpool, you have to fight through that. That comes with reviewing this game and looking at how you can be better.

"If you've been in football this long - and I said this to the players at half-time - I've had those days. I've sat there and had those days and lifted a trophy at the end of the year. I remember getting beaten at Middlesbrough, two or three-nil, [Mark] Viduka and Yakubu [Ayegbeni] up front, and we were sat in the dressing room pretty demoralised. We bounced back because we had a spirit in the dressing room and a quality of player.

"We're in a different period now but any player in football is going to have moments like that. Some of the results we've seen this season for other teams, Man City, Liverpool, et cetera, have been harsh for them. Now, because we're in a bit of a period, it becomes even harsher for us, I won't hide away from that.

"But the players, myself, have to take it on the chin and react. This is football."

When asked if his Chelsea players have the character to get out of their bad run, Lampard replied: "Without a doubt we have that.

"I hope this doesn't sound like I'm criticising players. I'll be the first to look at myself today. But when I look at the squad, I know there is uplift in this team, but I know where we're at because I see it and I know the work it takes to be at the level Manchester City showed today because that's been a lot of years in the making, a lot of players playing in the prime of their careers, showing confidence and character.

"It's normal that, as a squad, we take little knocks along the way. Now is a test."