Joe Cole says Chelsea are Premier League title contenders, but Frank Lampard refused to look that far ahead after a 2-0 win at Newcastle 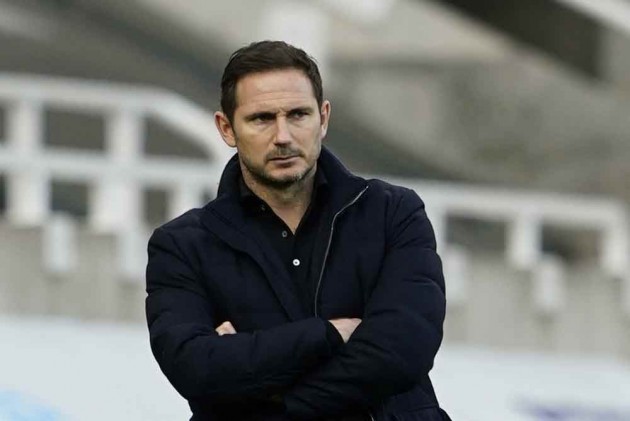 Chelsea boss Frank Lampard told his team to "stay humble" after victory at Newcastle United showed they might be in this season's Premier League title mix. (More Football News)

For a short while at least, the 2-0 win at St James' Park took Chelsea to the top of the table, with an early own goal from Federico Fernandez followed by a Tammy Abraham strike, who was teed up by Timo Werner.

Given their dominance – Chelsea had 78.9 per cent of first-half possession and played 439 passes against a meagre 109 from Newcastle before the break – the only disappointment for Lampard was that his team did not win by a wider margin.

But considering he was without the likes of Thiago Silva, Kai Havertz and Christian Pulisic, it was a highly successful trip to Tyneside for Lampard.

"It's pleasing but I'm not going to get excited about being top of the table for five minutes," he said.

"It's time to stay humble when you go top and know that it's a long, long race."

23 - Since the start of last season, Tammy Abraham has scored 23 goals in all competitions, 11 more than any other Chelsea player. Slotted. pic.twitter.com/Hv5zNGYvBD

Lampard's former Chelsea and England midfield colleague Joe Cole believes there is the making of a championship-winning team at the club now.

Speaking on BT Sport, Cole said: "I don't think Frank will thank me, but if you look at that, you're looking at a team of title contenders.

"You add Pulisic and Havertz into the mix and it's an embarrassment of riches. It's been built the right way: the structure that's gone in place, the style of play, the methodology.

"The biggest credit you can pay Frank is you can see his personality on the team – that work ethic, that togetherness, that relentlessness."

Chelsea are unbeaten in their last seven Premier League games now, and in nine matches across all competitions, with their last defeat coming on penalties to Tottenham in the EFL Cup.

There were still elements about the performance at Newcastle that Lampard felt needed work, but he spoke of being impressed by the early penetration behind the home defence.

"I always felt the real danger moments for us could be on transition and counter-attacks, as Timo showed one or two times in the first half and then obviously he showed that for Tammy's goal," Lampard said.

7 - Édouard Mendy has registered seven clean sheets in his nine appearances for Chelsea in all competitions, with today’s shutout his fourth in five Premier League games. Assured. pic.twitter.com/VyXwXMPRHv

"I understand players can at times become comfortable. There's little lessons where we can get better," Lampard said.

"We played well in patches and the result is key in these games, because the Premier League is tough, it's relentless.

"I thought they dealt with the challenge of the game very well today, did the lads, so I'm very pleased."