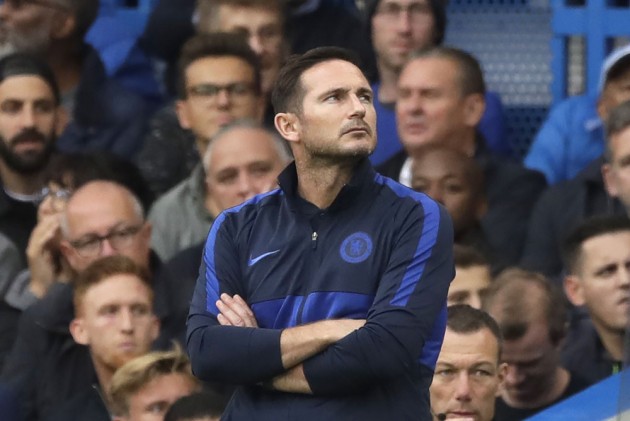 Frank Lampard wants his Chelsea stars to be more vocal on the pitch as they strive to finish in the Premier League's top four. (More Football News)

Lampard complained he could only hear the opposition during the Blues' 3-0 defeat to Sheffield United at Bramall Lane last Saturday.

Despite that setback, Chelsea remain in control of their own race for the Champions League spots this season, with Leicester City having lost 4-1 at Bournemouth on Sunday and Manchester United still in fifth after conceding a 96th-minute equaliser in a 2-2 draw with Southampton on Monday.

Relegated Norwich City visit on Tuesday and Lampard is keen for his quieter players to come out of their shell at Stamford Bridge.

"It's something I picked up before, something I talk about with the players and one of the easiest things to do on the pitch – to help your team-mates by being vocal," said the Chelsea head coach.

"We don't have enough of it, for sure. We have to get better and it's something I drill into the players, particularly now where you can hear it because the stadiums feel different [without fans].

"You can be as quiet as you want off the pitch – we have some quiet players who keep themselves to themselves – but they must come out of that on the pitch. They must demand the ball, otherwise the game can pass you by.

"They must have character to talk to people around them and where we are young we have to improve. Maybe as the players grow into themselves a little bit, I keep telling them, the staff keep telling them, hopefully that message will hit home. But sometimes it's not that easy when players are generally quiet."

Lampard expects his more senior players to take the lead as he hopes to see an appropriate response to their 11th league loss of the season.

"I do expect a reaction," he said. "There are two types of defeat: there's a defeat against West Ham [3-2] where it's a game we dominate but make mistakes and it's a game I feel we really should win; then Sheffield United, where they were better than us.

"The important thing now is how we react and I expect that from the players. There will be big personalities in the team. They need to stand up. It cannot be understated how big mentality is. It is very easy to look at talent but you also have to look at attitude within the team.

"It's something we can improve. Younger players can be more vocal. Older players can take on responsibility of helping that. We're in a good place but it can improve. Critical times like now, where there's a lot on the line, it's time for people to make that improvement."