Sonam, who had booked her seat in the Indian team in the 62kg after defeating Sakshi in the trials, got injured while training last week. 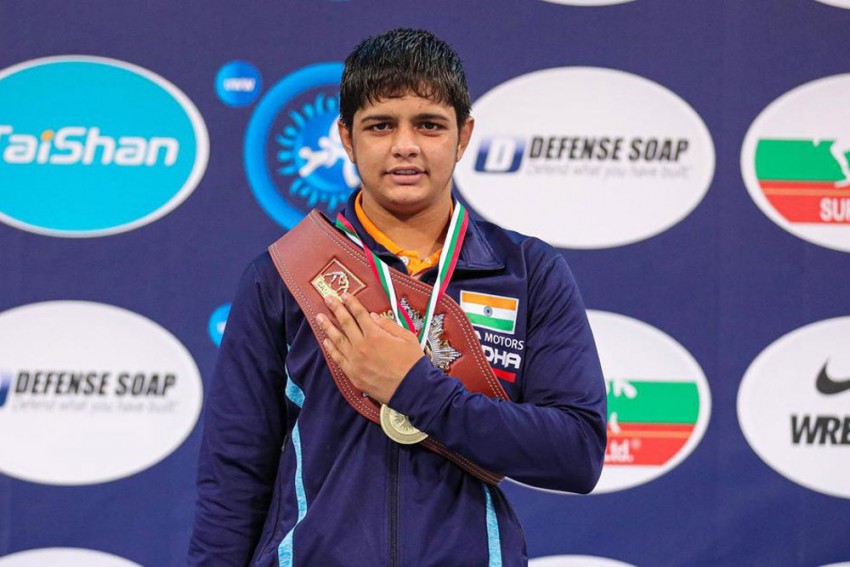 A freak head injury while training with Sakshi Malik has forced young wrestler Sonam Malik out of the UWW ranking series event in Rome while Tokyo-bound Deepak Punia and Ravi Dahiya have also pulled out of the  tournament for different reasons. (More Sports News)

The Indian squad left this morning for Rome, where the competition will begin on Thursday with Greco Roman wrestlers taking the mat first.

Country's elite wrestlers like Bajrang Punia and Vinesh Phogat are competing in the tournament.

Sonam, who had booked her seat in the Indian team in the 62kg after defeating Sakshi in the trials, got injured while training with the 2016 Olympic bronze medallist at the national camp in Lucknow, last week.

She did not even realise that she has got injured and only when blood started dripping from her head and spilled on the mat, both the wrestlers realised that something has gone awry.

"It was not fault of anyone. It happens in wrestling. It was not deliberate. You don't want to concede any point and give your all. In that moment, injury could happen," Sonam's personal coach Ajmer Mailk told PTI.

"She got five stitches on her head. We brought her back after that and a local doctor examined her on Monday. The doctor said the injury has not healed and stitches can't be removed, so she had to miss. She can't compete with pain and injury," he said.

Also missing, what would have been their first tournament since the coronavirus-forced break, are Ravi Dahiya (57kg), Deepak Punia (86kg) and Jitender Kinha (74kg).

Ravi injured his left knee during the national camp in Sonepat two weeks back, while Deepak is suspected to be down with either dengue or typhoid.

"My knee is still swollen. I was getting ready for this event but what to do. The swelling has come down considerably but the knee is not good enough for competition," Ravi, who is one the three men's wrestlers to have qualified for the Tokyo Games, told PTI.

Deepak, who won a silver in the 2019 World Championship in Nur Sultan, said a bout of fever put paid to his plans.

"It's been one week I am down with fever. It's not COVID. I have got my test done yesterday and awaiting report. It could be dengue or typhoid. There is lot of weakness and I have not trained for some time now," said Deepak.

Jitender, who is one of the three entries in the 74kg along with Narsingh Pancham Yadav and Sandeep Mann, has suffered a shoulder injury and also pulled out of the event.

India had announced a 34-member squad for the tournament.