Angelique Kerber needs a victory in Paris to complete a career Grand Slam, having added the 2018 Wimbledon title to 2016 successes at the Australian Open and US Open 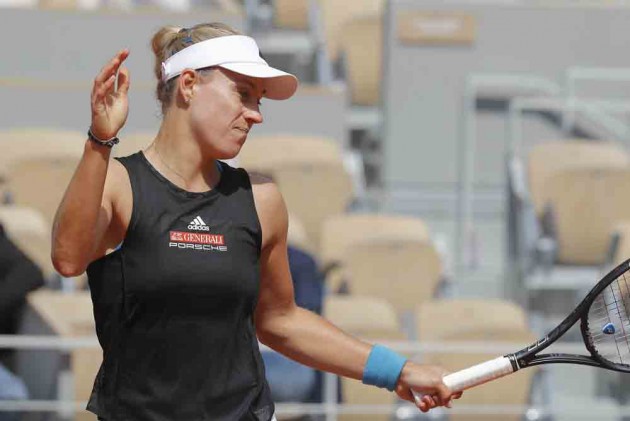 Kerber needs a victory in Paris to complete a career Grand Slam, having added the 2018 Wimbledon title to 2016 successes at the Australian Open and US Open.

But that long-awaited triumph will not come this year after the German fell at the first hurdle, going down 6-4 6-2 against world number 81 Potapova.

Kerber was well below her brilliant best and Potapova took the first set at the end of a break-heavy opener.

The fifth seed was then broken again in her first service game of the second set and she scarcely looked like recovering as Potapova cruised to a first win over a top-10 player in her Roland Garros debut.

Welcome to the show

— Roland-Garros (@rolandgarros) May 26, 2019
Kerber, who withdrew from the Madrid Open earlier this month with a right ankle injury, is without a WTA Tour title this season and has still not been past the quarter-finals at the French Open.

Meanwhile, Potapova faces Wang Yafan or Marketa Vondrousova in the second round.