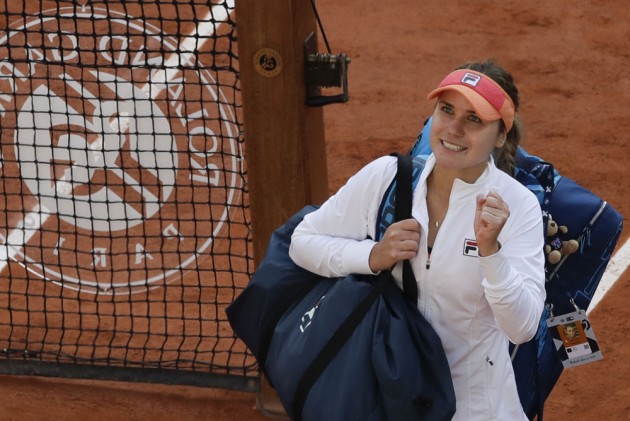 Sofia Kenin reached the French Open semi-finals with a 6-4 4-6 6-0 victory over an inconsistent Danielle Collins on Court Philippe-Chatrier on Wednesday. (More Tennis News)

The Australian Open champion did not have to defend a single break point as she took the opening set, but her opponent belatedly showed some fire to take the match the distance.

Kenin, 21, demonstrated great maturity to counter a renewed push from Collins and reach the last four in Paris.

For @SofiaKenin, a first career win over Danielle Collins 6-4 4-6 6-0 earns a maiden semi-final at #RolandGarros pic.twitter.com/GXflirnMps

Collins, who negotiated a tough fourth-round match with Ons Jabeur on Tuesday amid a rain-affected schedule, displayed some rash decision-making in the opening set but produced a backhand winner to deny Kenin on her first break point.

However, in game five the unseeded 26-year-old followed up a pair of unforced errors with a double fault to hand Kenin the lead.

A pair of excellent groundstrokes saw the world number six stave off two break points and Collins reacted by ordering her coach Nicolas Almagro to move, saying: "Sit in a different spot, I'm distracted. Go and sit over there."

Kenin then moved a set and a break up but Collins became increasingly vocal after getting the contest straight back on serve, and a wayward backhand slice from the former forced a decider.

Another double fault to drop serve in the opener of the third quashed the momentum Collins had gained, with Kenin quickly raising her intensity to surge 4-0 up.

Collins took a medical time-out after appearing to struggle with a muscular issue in her midriff and Kenin showed no mercy as she stormed to victory.

The injury Collins was carrying appeared to significantly hinder her in service games. Only 57 per cent of her first serves landed in and she won just 13 of 36 points behind her second serve, while her eight double faults also proved costly. Collins' all-or-nothing approach did not pay off, as her unforced errors outnumbered her winners by 12.