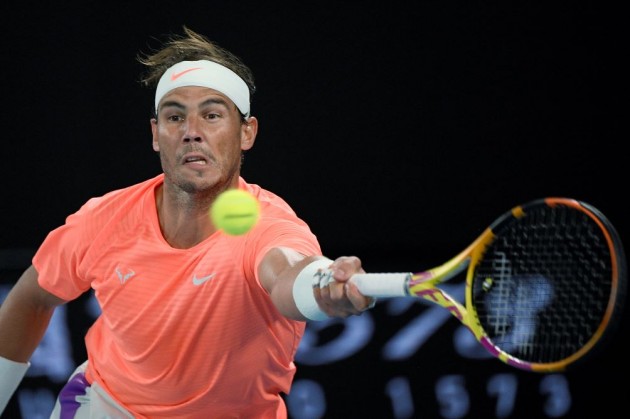 In this world, nothing can be said to be certain, except death and taxes – a statement largely true until Rafael Nadal emerged on the scene and made the French Open his own. (More Sports News | Live Streaming)

Since breaking through for his first Roland Garros triumph in 2005, only three other men – Roger Federer, Stan Wawrinka and Novak Djokovic – have managed to interrupt Nadal's dominance in Paris.

Nadal has won 13 French Open men's singles titles, seven more than any other player in the Open era (Bjorn Borg, six) heading into this year's edition.

Despite being seeded third, it would take a brave person to bet against defending champion Nadal adding to his mammoth and unprecedented haul in the French capital, where the second grand slam of the year gets underway on Sunday.

It won’t be easy to climb to the top of the mountain
Which challenger will arise?#RolandGarros pic.twitter.com/694MNE60qM

On the women's side, defending champion Iga Swiatek is looking to follow in the footsteps of Belgian great Justine Henin.

As all eyes shift to Court Philippe Chatrier and its surroundings, Stats Perform looks at the numbers behind this year's slam, using Opta data.

The 'King of Clay'

Nadal will open his title defence against Australian Alexei Popyrin. Since 2000, only Nadal (13) and Gustavo Kuerten (two) have won the French Open more than once.

The 34-year-old swept aside world number one Djokovic in straight sets last year for his fourth consecutive French Open crown and 20th slam trophy, equalling Roger Federer's all-time record. Nadal maintained his stranglehold on the major, having not dropped a set throughout the fortnight. Only three players have previously won the French Open without losing a single set: Ilie Nastase in 1973, Bjorn Borg in 1978 and 1980 and Nadal in 2008, 2010, 2017 and 2020.

Nadal is the only player to have won the same slam more than 10 times. He has lost just two of the 102 matches played in Paris (excluding walkovers), losing to Robin Soderling in the 2009 fourth round and Djokovic in the 2015 quarter-finals, while has won each of the last 30.

The record for most slam titles on the men's circuit will also be up for grabs, with Nadal and the returning Federer seeking to snap their tie.

Australian Open champion Djokovic, who will face Tennys Sandgren in the first round, has reached the final in seven of the last 10 slams he contested, claiming six titles. However, the Serbian star has only featured in five French Open deciders (W1 L4) – fewer than in any of the other three major tournaments.

The French Open will be a welcome sight for tennis fans as Swiss great Federer, who has not played a slam since the 2020 Australian Open due to his troublesome knee and the coronavirus pandemic, makes his comeback.

Seeded eighth ahead of his opener against Denis Istomin, 2009 French Open champion Federer has only contested nine slam finals over the last 10 years (W4 L5) after reaching that stage in 22 major events in the previous decade (W16 L6). Since the beginning of 2016, the 39-year-old has only taken part in one French Open, in 2019, where he reached the semi-finals.

Movements of a Maestro #RolandGarros pic.twitter.com/XT6FNUZDrR

Daniil Medvedev has been flirting with a breakthrough slam triumph. The second seed is a finalist at the Australian Open (2021) and US Open (2019). Medvedev has reached the semi-finals in two of his most recent three appearances at a grand slam after going further than the fourth round in only one of his previous 13 major tournaments. However, the Russian has lost in the first round in each of his four Roland Garros appearances.

US Open champion and fourth seed Dominic Thiem has played two finals at Roland Garros (2018 and 2019) – more than in any other slam – but lost both of them against Nadal. He has won 80 per cent of his games at the French Open, his best win rate in any of the four majors.

Andrey Rublev is the only player to have taken part in the quarter-finals during each of the past three grand slams, including the 2020 French Open. But the seventh seed – who fired down 53 aces at Roland Garros last year, at least 14 more than any other player – is yet to progress further than that round.

Aslan Karatsev enjoyed a fairy-tale run at Melbourne Park in February, the Russian qualifier making it all the way to the semi-finals. Only one qualifier has reached the semi-final stage at the French Open: Filip Dewulf in 1997.

Having never progressed beyond the fourth round of a major, Polish teenager Swiatek broke through for her maiden slam title via the French Open last year, upstaging Sofia Kenin.

The 19-year-old Swiatek – who will return as the eighth seed in her defence, starting against Kaja Juvan – could become the first woman to win consecutive titles at Roland Garros since Henin in 2005-2007 (three in a row). Only three players have won multiple titles in the women's tournament at the French Open in the 21st century: Henin (four), Serena Williams (three) and Maria Sharapova (two).

Swiatek celebrated slam glory in the absence of world number one and defending champion Ash Barty in 2020. No player has won more games on clay this season than Australian top seed Barty and Veronika Kudermetova (both 13).

Only Barty (three) has won more titles than third seed Aryna Sabalenka (two) in 2021 – the Belarusian is one of two players currently ranked in the top 20 in the WTA yet to reach a major quarter-final, alongside Maria Sakkari.

In a field also including four-time slam champion and reigning Australian Open winner Naomi Osaka – the second seed – Sabalenka could become only the third woman to win the Madrid Open and French Open in the same season after Serena Williams in 2013 and Sharapova in 2014.

All eyes on Serena

The queen of WTA tennis for so long, Serena Williams is one slam success away from matching Margaret Court's record of 24 major singles championships. But the 39-year-old has been stuck on 23 since reigning supreme at the Australian Open in 2017.

While the French clay is not one of her favourite surfaces, it could be the scene of a remarkable achievement following a lengthy wait.

Roland Garros is where Williams has the lowest winning percentage (84 per cent) and where she won the fewest titles (three, at least half as many as the other slams).

Williams won her maiden French Open in 2002 and could hoist the trophy aloft 19 years after her first success in Paris. The longest span between two majors wins for a single player in the Open era is already held by Williams (15 years between 1999 and 2014 at the US Open).

Irina-Camelia Begu awaits the seventh seed in the first round.