Satwiksairaj Rankireddy and Chirag Shetty registered a 21-11, 25-23 win over the Japanese pair of Hiroyuki Endo and Yuta Watanabe in the semis at the French Open badminton tournament on Saturday. 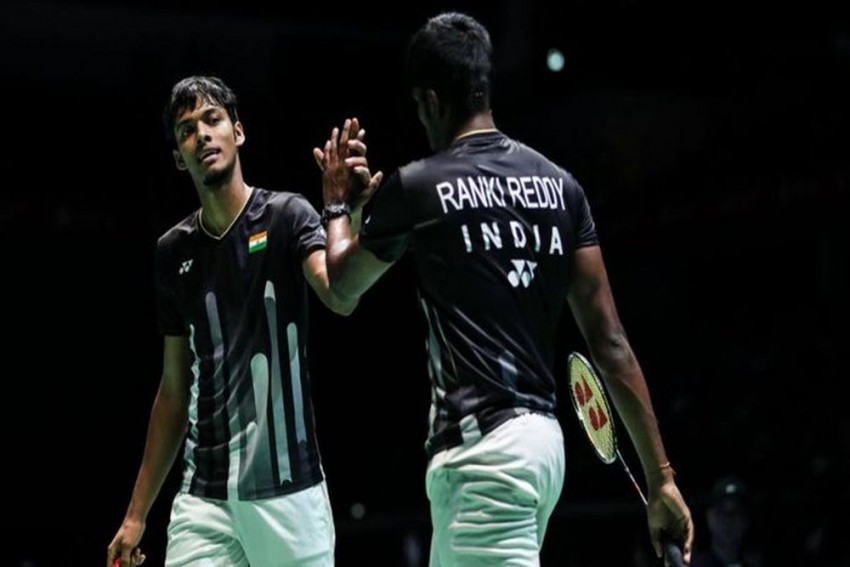 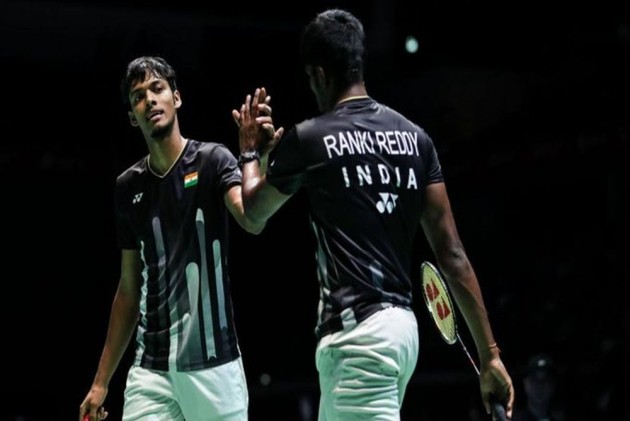 Indian men's doubles pair of Satwiksairaj Rankireddy and Chirag Shetty continued their dream-run, entering the finals of the French Open Super 750 with a thrilling straight game win over the Japanese pair of Hiroyuki Endo and Yuta Watanabe in Paris on Saturday (October 26). (BADMINTON NEWS)

Satwik and Chirag, who had won their maiden Super 500 title at the Thailand Open in August, notched up a 21-11 25-23 win over the fifth seeded Japanese combination in a 56-minute semifinal on Saturday.

Satwik and Chirag had come into the match with a 0-2 head-to-head record against the Japanese combination, having lost to them at the 2018 Indonesia Open and 2017 World Championship.

The World No. 11 Indian pair will now take on top seeded Indonesian pair of Marcus Gideon and Kevin Sukamuljo in the summit clash.