The latest French Open seed to fall in the women's draw is Aryna Sabalenka, who continues to suffer grand slam frustration 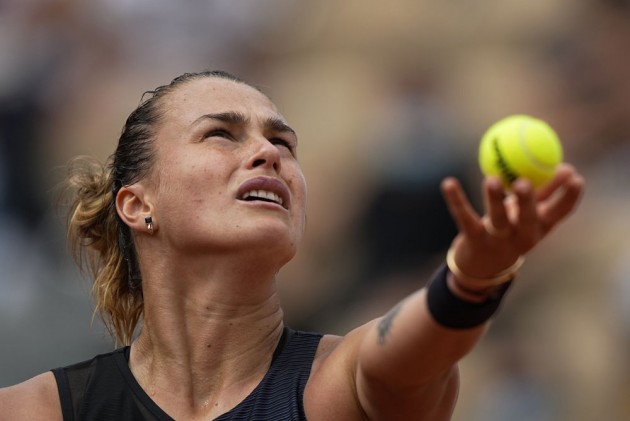 Aryna Sabalenka has been eliminated at the French Open, meaning all three of the top seeds in the women's singles are now out. (More Tennis News)

After Ash Barty was beaten and Naomi Osaka withdrew this week, third seed Sabalenka joined them in exiting the tournament on Friday.

Sabalenka came into the French Open with form behind her having beaten Barty to win the Madrid Open a month after losing to the Australian in another final appearance in Stuttgart.

But depsite having 10 WTA titles to her name, Sabalenka's wait to make a big grand slam impact as a singles player goes on - she he is still yet to reach the quarter-finals at any of the four majors.

Sabalenka won only 10 of her 30 second-serve points as Pavlyuchenkova broke her on five occasions in the match, storming to victory in the decider.

Pavlyuchenkova will face Victoria Azarenka - who defeated Madison Keys - in round four.

Sixteen seeds have now been beaten or withdrawn in the opening days of action at Roland Garros up until the middle of Friday's play.