Despite being teammates at Durham in County Cricket, Shoiab Akhtar reportedly sent across a threat to Liam Plunkett during a Test match 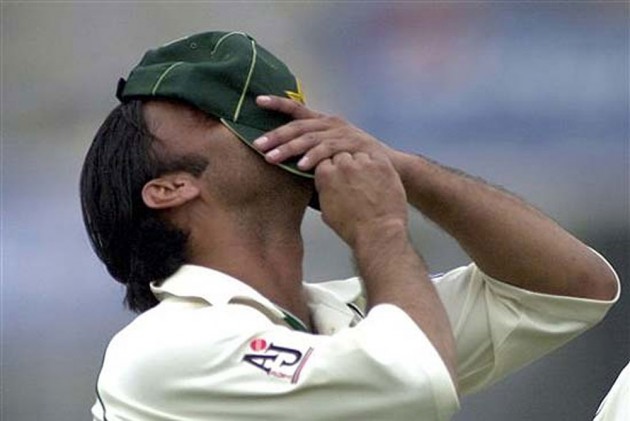 England cricketer Liam Plunkett recently jogged down the memory lane and spoke about the 'frightening' moment he came up against former Pakistan speedster Shoaib Akhtar on his Test debut. (More Cricket News)

Plunkett also stated that despite being teammates with Akhtar at Durham in County Cricket, the Pakistani pacer sent across a threat when they came face-to-face during his first match in the longest format for England.

"Frightening stuff... in county cricket, I was first-change to Shoaib and Harmy. I was at slip for Harmy and leg-slip for Shoaib. I faced Shoaib Akhtar in my first-ever Test match," Plunkett said while speaking to The Broken Podcast as per Wisden.

"Because I played with Durham before that, I was marking my run up before the Test and he just smiled and said 'I'm gonna kill you' and laughed."

Plunkett was speaking about England's third Test of the 2005 series in Lahore, where he came out to bat in the 78th over of the first innings as the visitors were seven down for 249.

He faced two balls from spinner Danish Kaneria and the next over belonged to Akhtar, who was steaming down and bowling in excess of 90 mph consistently, as per Plunkett.

"I remember it like it was yesterday because I had my bat, at that time - you think (now) these bats are so thick and stuff - but it was Kashmir willow, it was real thin," Plunkett said.

Despite him initially being a bit scared of Akhtar, Plunkett (9 off 51) did relatively well for a tail-ender in that hostile environment before finally getting dismissed by Mohammad Sami.

"I remember the first one, it looked like I played it well. You duck and you turn and you can see it travel to the keeper and the keeper catches it. I got my first medal of honour, he hit me on the shoulder. I pretty much s*** my pants at that point," he said.

"He's just such a big solid bloke, he's got massive tree trunk legs, and he just steams in, and you're like, 'every ball's got serious intent here'.

"I think I was like nine off 60 balls, but I managed to do a decent job. My first Test, that was a serious challenge, and batting at No.9, to be able to put up a partnership, get seven or eight but face 60 balls, I was pretty happy with it," the England fast bowler said.