MS Dhoni was known for his composure on an off the pitch. But Mahi, as he was popularly called, was not free from controversies 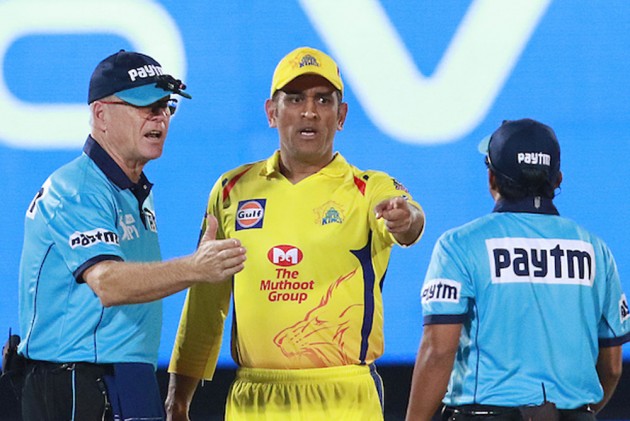 While Mahendra Singh Dhoni’s record as wicketkeeper-batsman and India skipper is unparalleled, some of his decisions as captain of the national side and other factors invited widespread criticism. Dhoni retired from international cricket on Saturday (August 15). He had already retired from Test cricket at Melbourne in December 2014.

Here’s a look at the instances when Dhoni found himself in the eye of a storm:

It doesn’t matter whether the team loses a big game or lifts the World Cup; Mahendra Singh Dhoni rarely loses his cool or goes overboard during a celebration. During the 2015 edition of the Indian Premier League (IPL), Dhoni, however, landed in hot water for letting his emotions get the better of him.

READ: Caught In The Slips

After a poor umpiring decision cost Dwayne Smith his wicket in a Qualifier against Mumbai Indians, the Chennai Super Kings skipper slammed the decision in the post-match presentation, terming it ‘horrible’ and was subsequently fined 10% of his match fee.

"I felt we lost too many in the middle. Not to forget Dwayne Smith got a horrible decision by any standards, but overall I think we need to blame ourselves, we were not up to the mark," Dhoni had said.

It was alleged that MS Dhoni was the main reason behind the exclusion of Sourav Ganguly and Rahul Dravid from the ODI team for the CB series in Australia in 2008. Also, there were reports that he was involved in an off the field spat with the then-vice captain Virender Sehwag before the 2009 World T20 in West Indies.

During India's tour of Australia in 2011-12, Dhoni explained that “the team will lose out on about 20 runs in the field” if all three of Sachin Tendulkar, Gautam Gambhir and Virender Sehwag are played together. As a result, one batsman was dropped alternatively and only two of the three featured together.

A few months later, Tendulkar retired from ODIs, while Sehwag and Gambhir were no more the sure-shot starters as openers across the limited-overs formats.

In 2013, Dhoni was at the centre of a conflict of interest controversy due to his involvement with Rhiti Sports Management Private Limited. At that time, the company managed his commercial interests and those of some other India players such as Suresh Raina and Ravindra Jadeja. The company also looked after CSK's marketing.

Dhoni owned part of the company with reports claiming that he had a 15% stake. With him being the captain of the national team and also a member of the company, it caused a huge stir.

While Dhoni is known to stay away from the spotlight when on the field, he did manage to catch it for all the wrong reasons during a ODI against Bangladesh in Mirpur in 2015.

The incident happened in the 25th over of India's innings when Dhoni set off on a single after playing the ball to mid-off. Left-arm fast bowler Mustafizur Rahman appeared to have looked at the batsman and then moved towards the path Dhoni was running. Dhoni ran into Mustafizur, and appeared to shove him out of his way while completing the run.

Dhoni was docked 75% of his match fee, while Mustafizur lost 50% of his.

Earlier in the innings, Mustafizur was involved in a similar incident with Rohit Sharma.

It’s perhaps the darkest chapter in Dhoni’s otherwise illustrious playing career. When the infamous IPL spot-fixing scandal rocked the Indian cricket in 2013, Dhoni's silence raised several eyebrows. For Dhoni, who has always preferred to go about his work quietly, it was a tough phase as his silence was misunderstood. He didn’t utter a single word even though CSK and Rajasthan Royals were later suspended for two years (2015-17).

Later, Dhoni was accused by a prosecution lawyer of ‘not being entirely honest’ with the investigators. He finally opened up on the incident when Hotstarmade a documentary after CSK's successful comeback in IPL 2018.

"2013 was the most difficult phase in my life; I was never depressed as much as I was then. The closest was 2007 World Cup when we lost in the group stages. But all said and done, 2007 happened because we did not play good cricket," Dhoni had said.

When Rajasthan Royals hosted CSK in the IPL 2019, the game was marred by a bizarre incident involving Dhoni. CSK needed nine off three balls and Dhoni was the latest to head back to the pavilion.

After Ben Stokes delivered the fourth ball of the over, on-field umpire Ulhas Gandhe signalled a no-ball for a waist-high full toss. But Gandhe soon retracted his decision after square umpire Bruce Oxenford hinted it wasn't a waist-high no-ball. Furious with the turn of events, Dhoni stormed onto the pitch and confronted both umpires. He was later fined for his outburst.

The rule-book allows for only one sponsor's logo on the wicket-keeping gloves. In Dhoni's case, he already sports an SG logo on his gloves. It triggered quite a storm, thus forcing the ICC to deny him permission to wear the dagger insignia on his gloves despite BCCI's assertion that it wasn't a military symbol.