Garbine Muguruza, who lost in the semifinals in 2015, is the first Spaniard to reach the singles final since 1993, when Arantxa Sanchez-Vicario was runner-up to Steffi Graff. 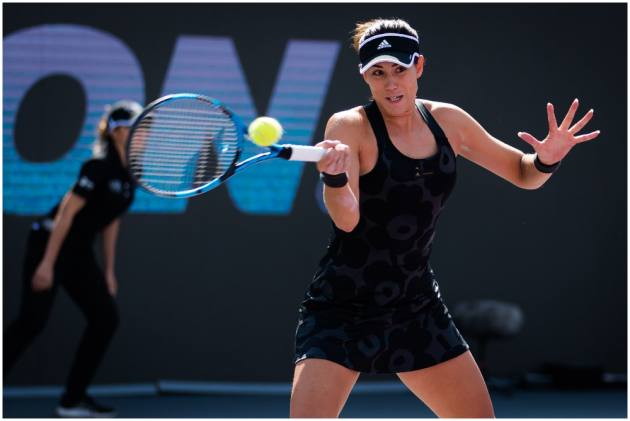 Garbine Muguruza dominated Paula Badosa in a 6-3, 6-3 victory and will play for the WTA Finals title for the first time in her career. (More Tennis News)

The sixth-seeded Muguruza, who lost in the semifinals in 2015, is the first Spaniard to reach the singles final since 1993, when Arantxa Sanchez-Vicario was runner-up to Steffi Graff.

“I'm very happy with my performance, it was the best match I played here in Guadalajara,” Muguruza said.

“It's the first time we encountered each other. I'm very proud of Paula, she started the year back in the rankings and made all the way to the top 10."

Garbine Mugurza will meet eighth-seeded Anett Kontaveit, who defeated fourth-seeded Maria Sakkari 6-1, 3-6, 6-3 in other semifinal match, in the final

Muguruza started the season-ending tournament with a loss to third-seeded Karolina Pliskova but bounced back with victories over second-seeded Barbora Krejcikova, Anett Kontaveit and Paula Badosa.

"I started here losing and I thought that I could be eliminated, so for me to say that I feel like a favorite for the final is complicated.”

The Spaniard reached 41 victories this season, her most in a single campaign since 2017 when she finished with 45.

Garbine Muguruza broke the seventh-seeded Paula Badosa in the third game and then held to win the first set in 35 minutes.

In the second set, Muguruza had a break in the second game, saved a couple of break points in the third and never looked back.

Paula Badosa, who turned 24 on Monday, was the youngest player in the semifinals. The Spaniard finished a breakthrough season that saw her crack the top 10 for the first time in her career.

“It was a tough day, I did not feel myself and she played good, all the credits go to her,” said Badosa, who earlier in the tournament said that Muguruza was her inspiration.

“I don't really know what happened today. I'm sad that I could not compete."

The WTA Finals are being played in Guadalajara for this year only, with the event scheduled to return in 2022 to Shenzhen, China.