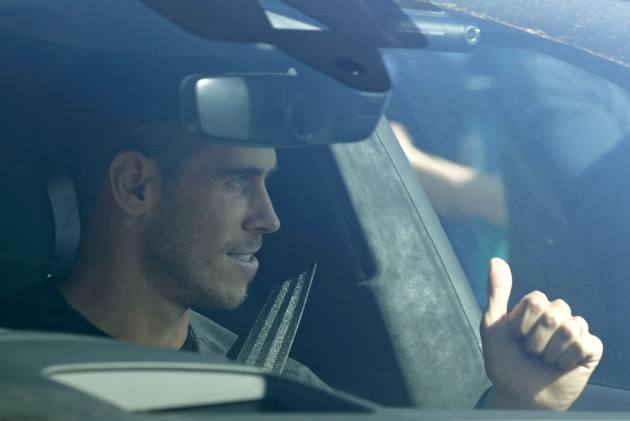 Gareth Bale will "probably" make his first appearance since returning to Tottenham when they face West Ham on Sunday. (More Football News)

Bale rejoined Spurs on a season-long loan in September, having left in 2013 for Real Madrid in a then world-record transfer.

A knee injury has so far kept Bale out of action and, though he gave a positive update on the forward's condition, manager Jose Mourinho would not definitively say if the Wales international will feature in the London derby.

"Of course he wants to play. He wanted to play since the day he arrived but wasn't possible," Mourinho told a media conference.

"I'm not going to tell you if he's going to play or not. What I will tell you is that he's working very well. He's working the way he probably hasn't been able to do for some time.

"The planning of the recent sessions had a big focus on him. His condition is good. Does he play Sunday or Thursday, we haven't made a decision yet.

"Every player is a very important player but the Gareth situation is very special because of his history. We care about him as much as he does for Tottenham.

"It's a physical thing. He didn't have any pre-season and even in the period after the lockdown, he didn't participate in much with Real Madrid, then he plays a couple of matches with Wales, had an injury there.

"He's working so well, just evolution in every data, in every aspect of his condition. He's there. Probably he plays Sunday, if he doesn't he will on Thursday [in the Europa League v LASK]. He's there. He's very, very close."

A key feature of Tottenham's start to the new Premier League season, which included a 6-1 win at Manchester United prior to the international break, has been the form of Harry Kane and Son Heung-min.

Kane and Son have combined in six goal involvements, the highest tally in the league for any duo, in four games.

That makes the prospect of adding Bale to the forward line an enticing one, though not one Mourinho appeared willing to commit to as his first choice.

"We have a squad where every player has to fight a lot for a place in the team," Mourinho added.

"I believe you can see Son and Bale playing together, and also both together on the bench and also both enjoying a hot tea in the box. We have so many good options so I refuse to say that anyone is a first choice."