Gautam Gambhir Hails MS Dhoni's Captaincy, Bets No Other Indian Skipper Will Ever Achieve THIS Feat 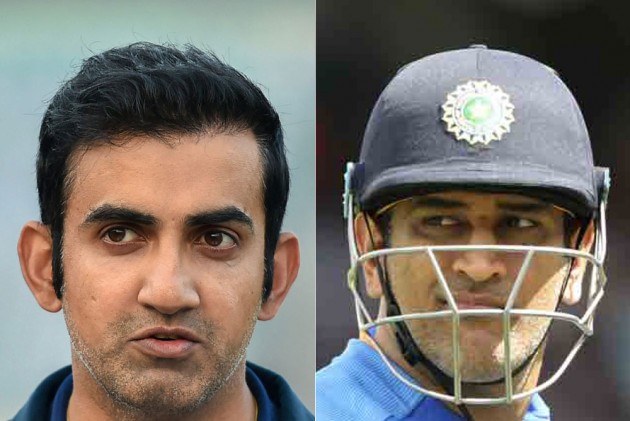 Cricketer-turned-politician Gautam Gambhir has said that no other Indian captain will ever match Mahendra Singh Dhoni's feat of winning three ICC trophies.

Dhoni, 39, announced his retirement from international cricket on August 15, ending an illustrious career that witnessed India winning the 2007 T20 World Cup, the 2011 ODI World Cup, and the 2013 Champions Trophy. And he remains the only captain to win all three.

“One record if you talk about, which is going to stay forever is MS Dhoni’s three ICC trophies. I don’t think so any other captain would ever be able to achieve that! I think, whether it the T20 World Cup, whether it is ICC Champions Trophy or 2011 World Cup," Gambhir said while speaking in Cricket Connected.

Gambhir, who played a pivotal role in India's 2011 World Cup triumph at home under Dhoni, is so confident of his claim that added he can bet on it. He said that records like centuries count will eventually be broken, but he's certain that winning three different ICC tournaments is impossible.

For the uninitiated, the ICC Champions Trophy was last held in 2017 and may never return. But ICC does have another global tournament, The World Test Championship. For any captain to match Dhoni's feat, he will need to win it, along with the T20 World Cup and 50-Over World Cup.

Dhoni's decision to retire came as no surprise, given he's at the wrong side of 30 and has not played for India since the 2019 World Cup semi-final defeat to New Zealand.