It's not fair to compare players from different eras, but Gautam Gambhir makes a profound argument to pick Sachin Tendulkar over Virat Kohli 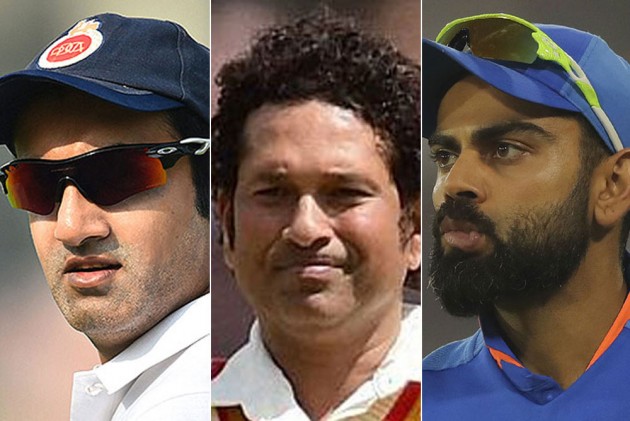 Gambhir, who's seen both Tendulkar and Kohli in action at close quarters, said that it's indeed difficult to choose between the two Indian batsmen because his former Delhi teammate "has done phenomenally well."

Kohli already has 70 international tons and 21901 runs. But the 31-year-old will need special something to surpass Tendulkar's numbers.

"Sachin Tendulkar, because probably with one white ball and four fielders inside the circle, not five fielders outside, it will be Sachin Tendulkar for me. It's difficult because Virat Kohli has done phenomenally well but I think the rules have changed as well, which has helped a lot of new batters," Gambhir said on 'Cricket Connected'.

Tendulkar played ODI cricket for more than two decades, representing India in 463 matches in which he scored over 18,000 runs with 49 hundreds. Kohli, on the other hand, has so far played 248 ODIs for the Men in Blue in which he has amassed close to 12,000 runs, including 43 centuries.

In contemporary times, an ODI inning is played with two new white-balls from each end. When it comes to field restrictions, each inning is divided into three powerplays.

"The new generation, with 2 new balls, no reverse swing, nothing for the finger spin, five fielders inside for the 50 overs, probably that makes batting much easier," Gambhir added.

"Look at how Sachin Tendulkar has played, different rules, that time 230 to 240, was a winning total. Probably I'll go with Sachin Tendulkar if we see the longevity and flow of the one-day cricket format," Gambhir made his point.

Tendulkar made his India debut as a sixteen-year-old against a fearsome Pakistan bowling attack which includes the likes of Imran Khan, Wasim Akram and Waqar Younis.

After surviving that Test by fire in 1989, Tendulkar over the course of the next 24 years, conquered the world - becoming the most prolific scorer and also the player synonymous to cricket itself.