The new gene test, believed to be in the final stages of development, is designed to identify the abuse of certain performance-enhancing drugs more accurately than existing methods 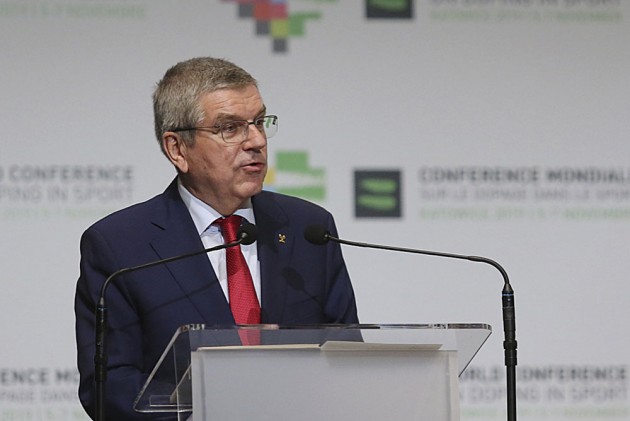 Gene testing is being hailed as the latest, significant weapon to catch drug cheats, and it could be introduced in time for next year's Olympic Games in Tokyo. (More Sports News)

International Olympic Committee (IOC) President Thomas Bach announced it while addressing the opening session of the fifth World Conference on Doping in Sport organised by the World Anti-Doping Agency (WADA) in Katowice, Poland on Tuesday.

"With research on genetic sequencing progressing well, this new approach could be a ground-breaking method to detect blood doping, weeks or even months after it took place," Bach told an audience of 1,600 delegates from the Olympic Movement, national anti-doping organisations and government agencies.

The new gene test, believed to be in the final stages of development, has been pioneered by Yannis Pitsiladis, a professor of sports science and genetics at the University of Brighton in the United Kingdom, who has been developing it since 2006.

It is designed to identify the abuse of certain performance-enhancing drugs more accurately than existing methods.

It has been hailed as the most significant advance in drug-testing since the athlete's biological passport was formally introduced in 2002.

It could be accompanied by dried blood spot testing (DBS), another significant new weapon in the war against drug cheats, Bach revealed.

Genetic sequencing will be used to detect all forms of doping, it is hoped, but research is currently focused on blood-doping.

It's part of a four-point action plan announced by Bach:

In addition to this new plan, Bach insisted on the need for better cooperation with governments when it comes to identifying and sanctioning those in the athletes' entourage involved in doping cases.

"We need zero tolerance for everybody: athletes and entourage," he said.