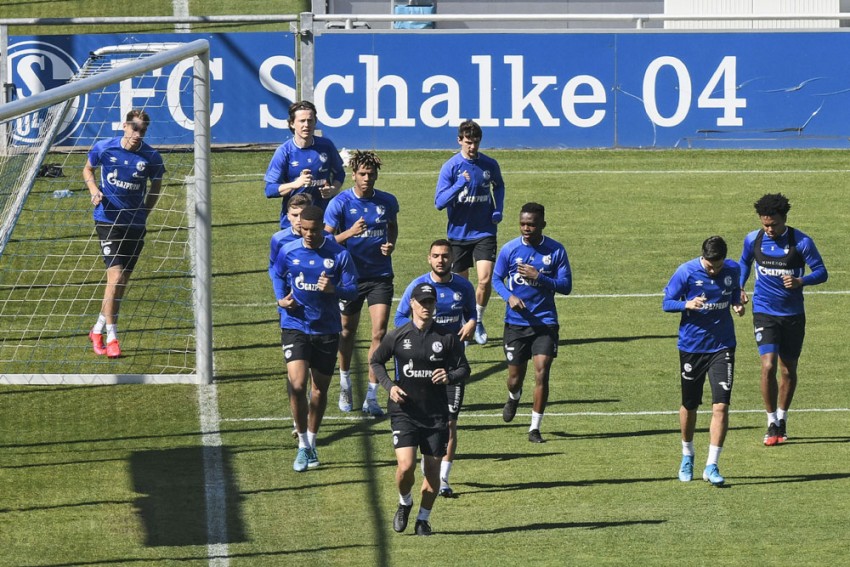 German club Schalke plunged further into chaos with the departure of its technical director and suspension of three players amid a historic winless streak. (More Football News)

The club said striker Vedad Ibisevic's contract will be dissolved effective Dec. 31, and Algeria midfielder Nabil Bentaleb will leave at the end of the season “at the latest.”

Both players were suspended, as was Moroccan midfielder Amine Harit. He and Bentaleb will train individually “until further notice," the team said.

On Tuesday, Schalke said technical director Michael Reschke was leaving after a mutual agreement to end his contract immediately.

Reschke, who joined the Gelsenkirchen-based club in 2019, had been responsible for squad planning among other duties.

“Ultimately we had a different view for the sporting future of the club,” sporting director Jochen Schneider said.

Schalke dropped to the bottom of the Bundesliga last weekend after its club-record winless streak in the league stretched to 24 games with a 2-0 loss at home to Wolfsburg on Saturday.

Sky TV reported Sunday that the players had a dispute with coach Manuel Baum.
Schneider denied media reports that defender Benjamin Stambouli left the stadium after being substituted off during half time in the defeat to Wolfsburg.

Schalke next plays at Borussia Mönchengladbach on Saturday. Gladbach was the last Bundesliga team that Schalke defeated, on Jan. 17, before its winless run began.

Only Tasmania Berlin went longer (31 games) without a win in the Bundesliga.
Schalke won a German Cup game on Nov. 3, beating fourth-tier Schweinfurt 4-1.