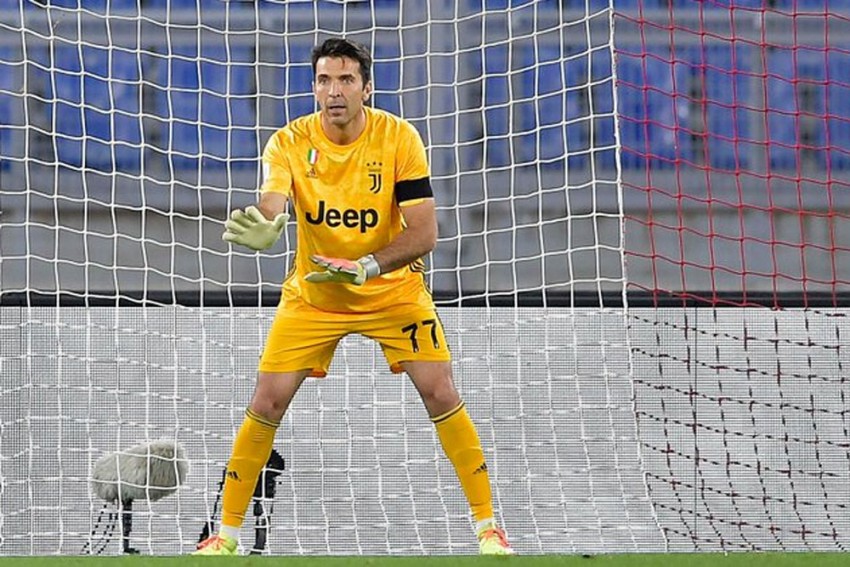 United recorded a famous comeback in their Champions League last-16 tie in March last year, winning 3-1 at Parc des Princes to progress on away goals.

PSG had taken control of the tie with a 2-0 first-leg victory at Old Trafford and were expected to progress comfortably, particularly given the Red Devils were missing nine senior players through injury and Paul Pogba due to suspension.

United took the lead after 111 seconds through Romelu Lukaku and, after Juan Bernat equalised, Lukaku made it 2-1 when goalkeeper Buffon parried a Marcus Rashford shot into his path.

Rashford proved the match-winner in the 94th minute, converting a penalty past Buffon after Presnel Kimpembe had been punished for handball.

It was the first time in 107 attempts that a team had lost the first leg of a Champions League or European Cup tie at home by 2-0 or more only to progress to the next round.

For Buffon, who has never won the competition in his long and glittering career, it was a defeat he has struggled to forget.

1997 - Paris had not conceded 2 goals in the first 30 minutes of a Champions League game since October 1997 (against Bayern München). Unexpected. #PSGMUN pic.twitter.com/mYibC28O9S

"It's a game I think about at least three or four times a week. It brings up a lot of regrets," he told L'Equipe.

"I was sure that we would reach the final that season. In Manchester, we won a big game with a great show of force. And unfortunately, I blame myself for an incredible mistake. A mistake that, with the experience I have, I should not have made.

"We thought it was a formality and I got carried away. It was as if the match was of little value because we had already won 2-0 in the first leg and they, the poor guys, had two players available and nine youngsters."

PSG got some measure of revenge on Ole Gunnar Solskjaer's side this season.

Although they lost 2-1 at home to United, they claimed a 3-1 victory at Old Trafford that helped them finish top of Group H, as Solskjaer's men dropped into the Europa League.

Having watched them reach the final last term, Buffon, now back with Juventus, thinks PSG are well equipped to win the tournament.

"PSG lack nothing. They are a great team that can win against anyone. They are one of the few teams that can beat all their opponents," said the 42-year-old.

"If there was a weakness, it was taking some things for granted. But with the arrival of [sporting director] Leonardo, who has an Italian culture, this type of risk has disappeared."