Gianluigi Buffon is 'the best goalkeeper in the football history' but should have retired after leaving Paris Saint-Germain, according to Gianluca Pagliuca 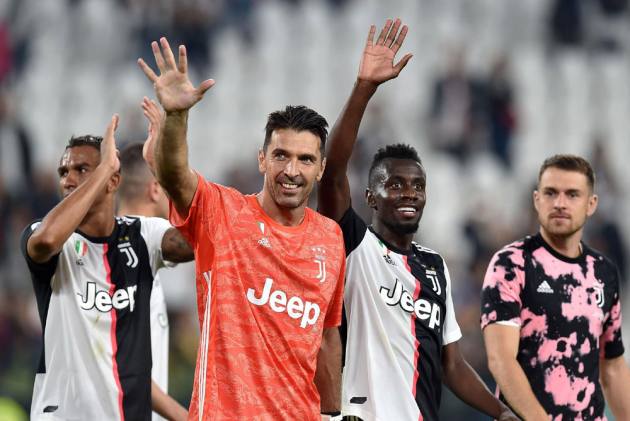 Gianluigi Buffon is "the best goalkeeper in the football history" but should have retired after leaving Paris Saint-Germain, according to Gianluca Pagliuca. (More Football News)

Italy great Buffon has appeared only five times in Serie A so far for Juventus this season.

Indeed, the 43-year-old has featured in just 25 matches in all competitions since returning to Turin in 2019, keeping 11 clean sheets and conceding a meagre 17 goals.

Buffon's save percentage of 80.5 per cent ranks second among goalkeepers in Europe's 'top five' leagues to start 25 games in the past two seasons, but he is very much playing second fiddle to Wojciech Szczesny (72.8 per cent), who has had 67 Juve outings over that time.

The legendary Buffon played on 25 occasions in a single season with PSG and ex-Italy goalkeeper Pagliuca feels he should have called time on his career following his spell in the French capital.

"If I was him, I have already retired," Pagliuca told Stats Perform News. "I would have retired after PSG.

"It was a good idea to go to Paris because it's a big club and he was playing regularly.

"Buffon on the bench? Happy to play only in Coppa Italia? It's not great.

"Someone with his career, it's better to retire when you are 41 and you are still playing than having a couple of years on the bench. He is still a really good goalkeeper.

"The best thing was to retire after PSG, considering his career. Maybe he still wants to compete.

"However, we have to think he's been the best goalkeeper in the football history."

Montpellier centre-back Hilton, also aged 43, is the only player older than Buffon to appear for a club in Europe's 'top five' leagues this season.