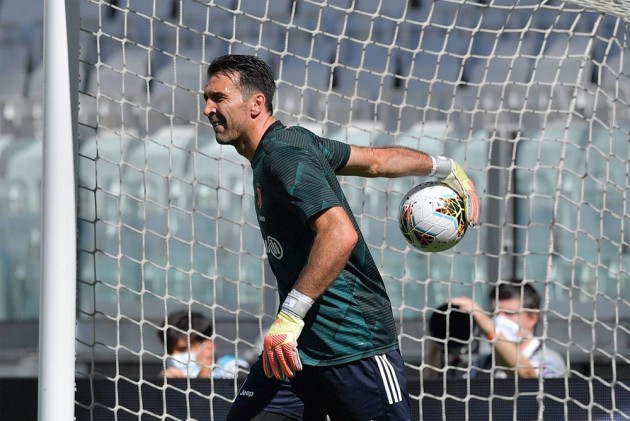 Juventus goalkeeper Gianluigi Buffon is weighing up offers but the outgoing Italian great is set to reject Flamengo as he floated the possibility of retirement. (More Football News)

Buffon will leave Juventus at the end of the season, having re-joined the Serie A powerhouse two years ago after spending the 2018-19 campaign at Paris Saint-Germain.

The 43-year-old star has been linked with LaLiga giants Barcelona as well as clubs in MLS and the Middle East, while Flamengo are also reportedly interested.

Buffon discussed his future after saving a penalty in Wednesday's 3-1 victory at Sassuolo.

"I've received some interesting offers, I want to see in 20 days if I will still have enthusiasm and desire to work hard," Buffon told Sky Sport Italia post-match.

"If I still feel to be Buffon, I'll accept the offer. Otherwise, I will retire."

43 - With 43 years old, Gianluigi #Buffon is the oldest goalkeeper to save a penalty in Serie A. Historic.#SassuoloJuve #SassuoloJuventus #SerieA

On the Flamengo speculation, with the Brazilian champions led by former goalkeeper Rogerio Ceni, Buffon told TNT Sports Brazil: "Flamengo contacted me to join them as a free agent but I think I'm not gonna accept.

Buffon became the oldest goalkeeper to have saved a penalty in Serie A after denying Sassuolo's Domenico Berardi from the spot midweek.

This season, Buffon has made eight Serie A appearances and 13 across all competitions.