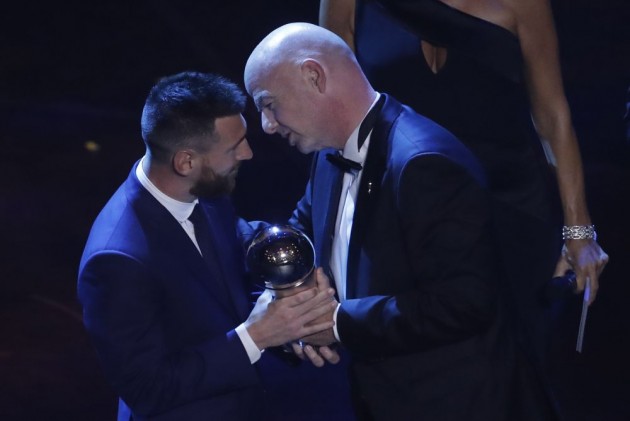 FIFA president Gianni Infantino has urged football to banish racism once and for all.

But first he addressed the disgraceful scenes during Atalanta's game against Fiorentina in Serie A on Sunday (September 22).

The 2-2 draw at the Ennio Tardini was stopped for three minutes after Fiorentina defender Dalbert, on loan from Inter, reported racist abuse from the crowd to the referee.

"I want to say this here in Italy, in my country. Yesterday, again, we have witnessed in the Italian championship an example of racism," Infantino said.

"We have to kick racism out once and for all in Italy and in the rest of the world. Out of football and out of society."

Striker Romelu Lukaku was subjected to monkey chants during Inter's 2-1 win at Cagliari earlier this month, while Hellas Verona denied Franck Kessie was racially abused by their fans during a 1-0 defeat to AC Milan.

Kessie slammed Verona's claims that the referee was the target of whistles as "unacceptable and disgraceful".