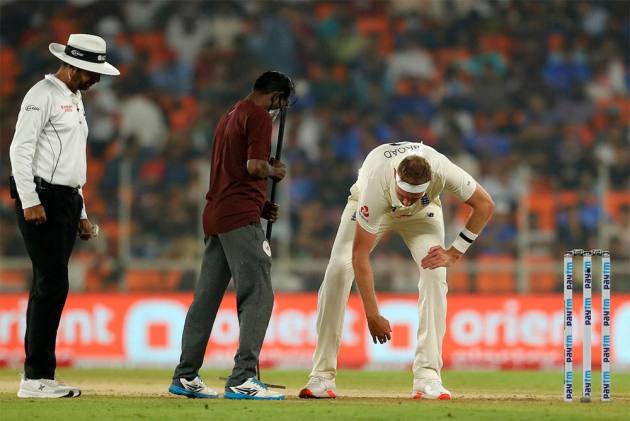 Several former players, including India's Harbhajan Singh and VVS Laxman, on Thursday said that the turning Motera pitch, on which India defeated England by 10 wickets inside two days, was not ideal for Tests, an opinion that was not shared by the legendary Sunil Gavaskar.

Gavaskar said the overtly defensive mindset of the batsmen was responsible for their dismissals as most of them got out to straighter deliveries.

India demolished England by 10 wickets to go 2-1 up in the four-match series with the spinners taking all but one of the 20 opposition wickets. Left-arm spinner Axar Patel had a match-haul of 11 for 70 while senior off-spinner Ravichandran Ashwin took seven wickets to reach milestone 400 wickets.

"It was not an ideal pitch for a Test match and even India collapsed (to 145 in their first innings," former India batting stalwart Laxman said.

Harbhajan, one of the four members of the Indian 400 Test wicket club, also felt the same.

"It is not an ideal pitch. India would also have been in trouble if England had scored 200 in their first innings. But it (the pitch) is the same for both sides," said the 40-year-old off-spinner.

If we are going to see these pitches ... I have an answer to how it could work ... Give the Teams 3 innings !!! ðÂÂÂÂÂÂðÂÂÂÂÂÂ #INDvENG

Yuvraj was also very critical of it though he lauded the Indian bowlers for their excellent performance.

"Finished in 2 days Not sure if that’s good for test cricket !If @anilkumble1074 and @harbhajan_singh bowled on these kind of wickets they would be sitting on a thousand and 800?" he tweeted.

finished in 2 days Not sure if that’s good for test cricket !If @anilkumble1074 and @harbhajan_singh bowled on these kind of wickets they would be sitting on a thousand and 800 ?ðÂÂ¤ÂÂHowever congratulations to ðÂÂÂÂ®ðÂÂÂÂ³ @akshar2026 what a spell! congratulations @ashwinravi99 @ImIshant ðÂÂÂÂ¯

Gavaskar credited Indian spinners Ashwin and Patel for India's win rather than blaming the pitch.

"It's more about the intent and application of the batsmen. It is a pitch where Rohit and Crawley hit half centuries. England were thinking of how to survive and not how to score runs.

"You have to credit Axar Patel for the way he has used the odd ball that straightens. Ashwin and Axar were superb."

Former England spinner Graeme Swann slammed the visitors for playing just one spinner in a Test match in India where pitches are generally spin-friendly.

"You cannot come to India and play just one spinner in a Test match and get way on this wicket," he said.

Joining the criticism of the track was Kevin Pietersen.