Krishna registered a haul of 4/54, the best by an Indian debutant, in the opening ODI against England in Pune on Tuesday 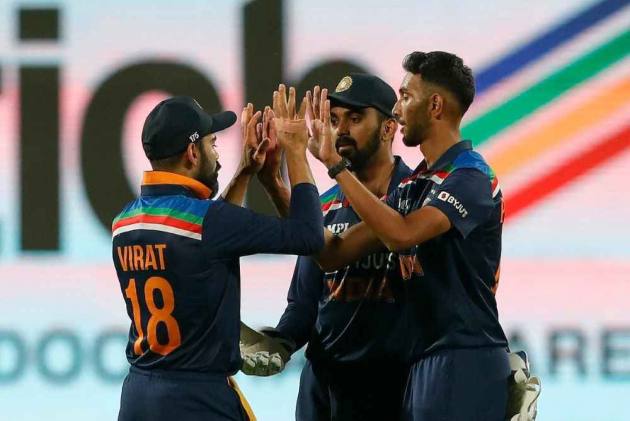 It was another dazzling debut for an Indian player as rookie pacer Prasidh Krishna, a Brett Lee fan, took four-wickets to help team secure a 66-run victory on Tuesday. (More Cricket News)

The pacer became the toast of the Indian team’s victory and was praised for his fighting spirit. Showering accolades on the Karnataka pacers was former Australian-legend Glenn McGrath under whom Krishna, who plays for Kolkata Knight Riders, honed his bowling skills in 2017 at MRF Pace Academy.

McGrath, who had earlier taken to social media to congratulate Prasidh on being selected in the Indian squad, wrote, "Congratulations Prasidh @skiddyy on taking 4/54 & breaking the Indian record for most wickets taken by a bowler on ODI debut. Well done mate #cricket #mrfpacefoundation #fbc".

Krishna also went to the CA Centre of Excellence in Brisbane in 2019. The trip was part of MRF Pace Foundation's MoU with Cricket Australia.

In an exclusive chat with KKR, Krishna recounted McGrath's contribution to his career and said, “The difference he made was to bring in that aura of calmness and also he was very specific about the line and length with respect to different pitches. He always spoke of being consistent. The first thing I picked from him was to remian in the present under all circumstances as it is the most important aspect for a bowler when you are playing a game."

The Karnataka bowler's performance was made more special by the resolve he showed after being hammered in his first spell. He leaked 37 runs in his first three overs.

"My first day at work was a roller coaster ride. Never over until it's over. All's well that ends well. Cheers to this special match and many more to come," he tweeted on Wednesday.

The 25-year old Karnataka bowler’s father was a cricketer too and played for the college team.