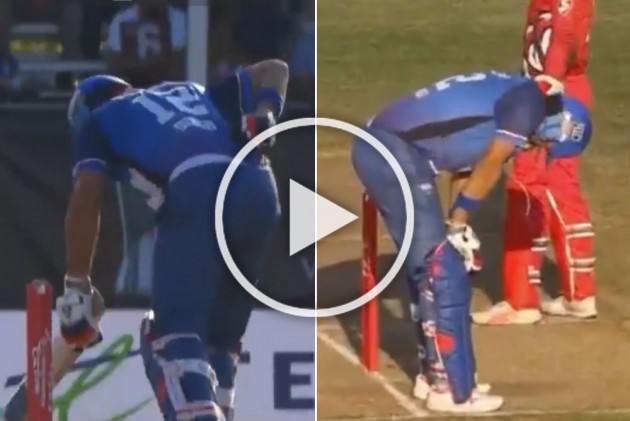 Yuvraj, 37, tried to sweep a Fawad Ahmed delivery in the 8th over, but ended up missing the ball and was seen immediately holding his back in pain. The left-handed batsman tried to brave the pain, but walked off in visible discomfort.

Chasing a 137-run target, Nationals won the match by four wickets with 15 balls to spare.

In the Eliminator against Winnipeg Hawks, which they lost by two runs in D/L method, Yuvraj once again retired hurt after taking a single in the 16th over.